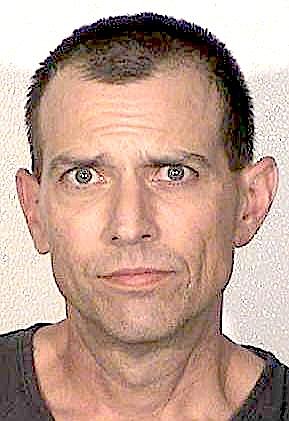 Jury selection will begin on Tuesday in the case of a man who made regional news when he threatened to bring a “militia to a school board meeting” before harassing a deputy and his wife over mask mandates.

Rasavage appeared in Douglas County District Court on Monday for a change of plea but decided to go forward with the trial.

“I have a really hard time saying intentionally,” Rasavage said of the plea agreement. “It was not intentional. It was a big mistake.”

Rasavage and roommate Justin Andrew Hall, 41, were arrested May 13, 2021, after they allegedly confronted the deputy and his wife, who worked at an elementary school Rasavage’s child attends.

As a result of the incident, an extended stalking order was issued to keep Rasavage away from the couple and their family.

On Dec. 12, Rasavage was seen at a Gardnerville church at the same time as the couple, according to court documents.

While charges against him were settled in the May 13 incident, the stalking order was still in force, prosecutors intend to prove next week.

Deputies waited for church to let out and took Rasavage into custody.

Hall still faces a felony for being a prohibited person in possession of a firearm in Douglas County as well as a federal indictment for the same crime.

A $50,000 cash nationwide bench warrant was issued to bring Hall back to Douglas. Once here, a new attorney would be appointed.

Prosecutor Erik Levin said in May that he’d likely dismiss the case in federal prosecution, but that Hall has to be present for that to happen.

Hall was wearing a sidearm when he accompanied Rasavage to the store and was still wearing it when deputies arrived at his Ranchos residence.

He was prohibited from carrying a firearm after a conviction for domestic violence on March 2, 2017, in Storey County, according to the federal indictment. Under U.S. and Nevada law, no one convicted of domestic battery is permitted to possess a firearm.

Hall, who identifies as a sovereign citizen, has filed court documents as part of the case in Douglas District Court seeking to have his case tried under common law.