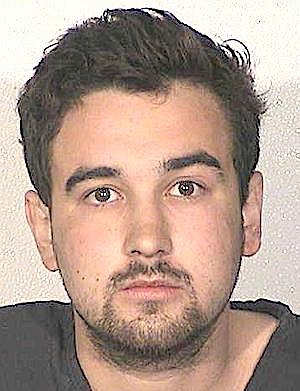 A Gardnerville Ranchos man who was shot after he burst into a neighbors’ home in May was released from custody after he entered a plea of guilty but mentally ill to one count of stalking.

Christian Hennessy Gorham, 23, appeared in East Fork Justice Court on Wednesday where he was ordered to participate in a transitional living program and appear in court monthly for a year.

Gorham was facing a felony burglary charge after he entered the neighbor’s home and backed a resident into a corner.

In court, Gorham said he didn’t mean to frighten anyone but was detoxing and suffered hallucinations that his family had been killed and someone was after him.

He was arrested in May after he was treated for the gunshot wound and has spent 19 weeks in custody.

Prosecutor Matt Johnson said that by entering the plea, Gorham won’t be allowed to own or possess firearms.

As part of the sentence and probation he will have to undergo mental health and substance abuse treatment and was ordered not to contact the victims.

Gorham has until Oct. 15 to apply for a program and provide proof to the court. His sentence was suspended for two years. He was also ordered to take his medication as prescribed.