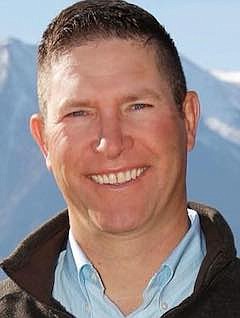 What is the best thing to do in the event of an active shooter? Run.

Sheriff Dan Coverley and SWAT Team and Hostage Negotiation Commander Capt. Dan Britton conducted the presentation about active shooters from their characteristics, behaviors and stages to how the shootings are handled and how they can be prevented.

“We take very seriously doing everything we can to prevent them.” said Britton.

There are usually five stages an active shooter goes through before pulling the trigger.

“They fantasize, plan, prepare, approach and implement,” said Britton, “and he typically will not stop until he runs out of victims, ammo, or he’s dead.”

Britton said an individual capable of becoming an active shooter usually shows signs before the five stages and attack happens.

“Prior to the attack they tend to be filled with rage, obsessed with perceived justice, constantly talk about violence, might make hit lists, suddenly accumulate weapons and begin training or preparations,” said Britton.

Britton said there are different types of shootings that occur and each one seems to have a different characteristic.

“A school shooting that occurs in a K-12 setting will most typically be a white male with a history of trauma, is suicidal and will leak plans,” said Britton. “At a college, the shooter is usually a nonwhite male student with a history of childhood trauma and violence. A workplace shooting occurs by a nonracial profile, but usually in their 40s and is an employee at a blue-collar business and a shooting that occurs at a church might be a 40-year-old white male, is suicidal and Christian. Then there are terrorist inspired shooters, which may be multiple shooters or suicidal bombers, who have political or religious motives usually from a different country. ”

During the presentation Britton discussed past shootings including the Sept. 6, 2011, IHOP shooting where 32-year-old Eduardo Sencion opened fire at the Carson City restaurant killing four people, including three members of the National Guard and wounding seven others.

Situations like the IHOP are why Britton said it is important to act fast and smart.

He said responders will act quickly and efficiently but told the audience if they are ever faced with the situation, acting fast and running is the best way to ensure getting out alive.

“When the event happens, the best thing to do is run,” said Britton. “It’s harder to shoot a moving target and we’d rather see the whole student body (for example) running down the street than on the ground. If running isn’t a possibility then hide or fight, but no matter what act immediately.”

The Douglas County Sheriff’s Office is constantly updating, learning and adjusting their tactics and how they respond, said Coverley.

To help prevent active shootings and other emergencies from occurring in Douglas County the Sheriff’s office has what’s called “Live All.”

Coverley said it plays live 911 calls to patrol officers so they can hear an emergency call in real time and respond immediately to a scene.

“It has increased our response time because we are able to hear the calls as they come in and hop on route immediately and if one officer is close then he’s off to the scene right away,” said Coverley.

A member of the audience pointed out that some officers take their patrol cars home, which saves them time when emergencies arise off duty.

When it comes to school protection, Coverley said the district is looking into programs, volunteers and ideas they can implement into enhancing the security and safety at Douglas County schools.

“This isn’t a fun topic and I wish I didn’t have to do this, but it’s important and the best thing I can do is give you information,” Coverley said.

The two men advised residents to do what it takes to protect themselves and others, but to do it quickly.

Ways to prepare for an active shooter situation

Play “what If games.”

Think about how you would react

Where are your possible exits and cover?

How can you protect and defend yourself if needed.

Always act quickly and be smart.