Man jailed as condition in battery 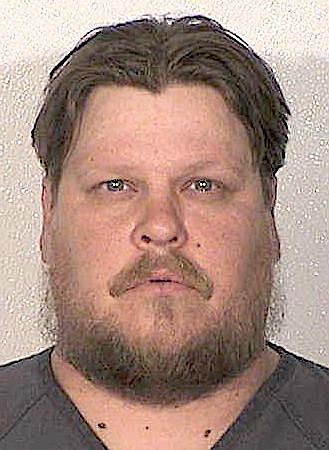 A 42-year-old Gardnerville man, who admitted he cracked open a man’s skull, must serve 90 days in jail as a condition of felony probation.

Bivens admitted that on Sept. 30, 2020, he crossed Highway 395 and knocked the victim down fracturing his skull.

The victim was a U.S. Army veteran of Iraq, who sustained a traumatic brain injury as a result of Bivens’ actions. The man was on life support in the Renown Regional Medical Center intensive care unit before recovering after emergency surgery.

Bivens entered a guilty plea to a felony count of battery with substantial bodily harm. District Judge Tom Gregory sentenced Bivens to the maximum amount of time. Bivens will be on probation for five years.

• A Bishop man was sentenced to 2-6 years in prison in connection with an Oct. 2 instance of driving under the influence.

Biederman, who was employed as an equipment operator with the California Department of Transportation, had a .284 blood alcohol content when he was pulled over on Oct. 2, 2020, on Highway 395 in Minden.

District Judge Tom Gregory pointed out that the report indicated Biederman was driving recklessly and “screwing with another driver,” when he was pulled over.

Biederman is required to pay a mandatory minimum $2,000 fine and $1,135 in alternative sentencing fees.

In Nevada, a subsequent felony DUI is punishable by up to 15 years in prison with a minimum mandatory of two years.

“I need to give myself a chance to have a better life,” she said.

“The defendant stole someone’s identity,” Prosecutor Patrick Ferguson said in arguing for the maximum sentence on both counts. “She took out credit cards in this person’s name and did a great deal of damage.”

Douglas is not out of the legal woods, yet, after defense attorney Matthew Ence confirmed she has warrants for her arrest in Reno and Sparks.

He said she committed the crimes to support her heroin habit.

Douglas has already done one stretch in prison for attempted burglary out of Washoe County.

• An Arizona woman admitted she tried to elude Douglas County deputies in a chase that led into the Pine Nut Mountains.

Destiny Niels Rich, 27, was spotted near the Gardnerville Walmart on Feb. 17 in a Ford Explorer that had been reported stolen.

She led deputies on a chase with speeds of up to 75 mph, where she drove on to sidewalks and passed vehicles on the right and went into the oncoming lanes.

She was stopped near Leviathan Mine Road where she tried to turn around when a deputy bumped the Explorer off the road.

• A Californian received a suspended 1-3-year prison sentence on Monday after he admitted to cashing stolen checks.

Davis was granted a diversion on a theft charge on condition he pays his share of restitution and completes Western Nevada Regional Drug Court.

• A Gardnerville Ranchos woman admitted to possession of a controlled substance for sale on Monday.

Jean Antonia Luna, 49, was arrested March 8. According to court documents, she had 7.3 grams of methamphetamine in her possession.

She faces up to four years in prison and a $5,000 fine at her June 7 sentencing. Under the plea agreement she will remain in custody until sentencing.

• A Gardnerville man made up more than $33,000 arrearages in his owed child support but too late to avoid a felony.

Matthew Keller, 37, received a suspended sentence of 12-30 months on Monday. His probation will expire in a year, but District Judge Tom Gregory warned him that if he gets behind on his payments again, he could face another felony.

• A Sparks man may avoid a felony drug possession charge if he can complete a diversion program.

Adam Brandon Budmark, 30, was arrested for possession of heroin on June 24, 2019, near Vista Grande and Topsy Lane.

He told District Judge Tom Gregory that he was using heroin every day at one point.

• An 18-year-old Gardnerville man was ordered to register as a sex offender after he received a suspended 364-day jail sentence.

“He was so intoxicated that he doesn’t remember the incident” Ence said. “He’s blacked out a score of times.”