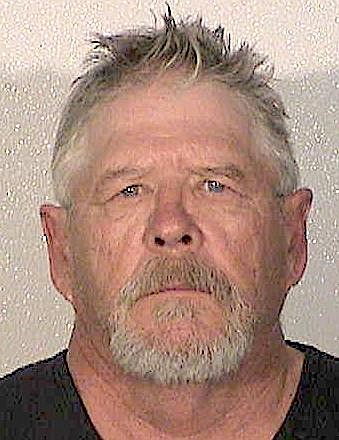 A Douglas County jury wasn’t buying defense arguments that a New Mexico man should be found innocent of driving under the influence on Wednesday.

Richard Duane Dow, 60, was booked into Douglas County Jail after the jury returned a verdict in a two-day trial this week.

Dow was arrested Aug. 24, 2019, in connection with a crash that occurred along Highway 395 three miles north of the state line.

While his priors were not admitted into evidence, Dow has served prison time for felony driving under the influence.

Under Nevada law, any subsequent conviction for DUI is punishable by a mandatory prison sentence of up to 2-15 years and a minimum $2,000 fine.

Attorney John Oakes challenged the breathylizer test Dow took on the grounds that Nevada Highway Patrol trooper didn’t make sure his mouth was clear of foreign objects and that it wasn’t administered within the required two hours.

•A Carson City woman received a suspended 1-4-year prison sentence for principal to sale of a controlled substance.

Brittany Ludington, 29, was arrested on May 8 in connection with a March 20 drug transaction.

Her attorney said she served a jail sentence in Carson City on a drug charge and was released to Douglas County on Sept. 17.

• A Gardnerville woman involved in a Feb. 25, 2020, drug transaction was not arrested on a warrant until last summer, when she said she’d been clean for several months.

An initial report that she was arrested in 2020 was incorrect.

• A Texas couple faces sentencing after they failed to complete requirements of a deferred sentence for child endangerment.

Chan Chu, 43, and Tiffany Nguyen, 42, admitted to leaving a 4-month-old infant alone in a Stateline hotel room while they gambled.

Both were required to be in court on Tuesday.

Attorneys said they’d been in contact with them and made it clear they were required to be in court in person.

Neither completed a gambling course required at their September 2019 sentencing.

• The attorney for a man who’s working on an oil rig in the Gulf of Mexico said he blamed Hurricane Ida for not appearing in court for sentencing on Tuesday.

An Oct. 26 sentencing date was set for David Allen Monroe, who is facing sentencing on a charge of attempted grand larceny of a purse containing $300 on Dec. 21, 2019.

It’s up to the judge whether the charge will be treated as a gross misdemeanor or a felony.