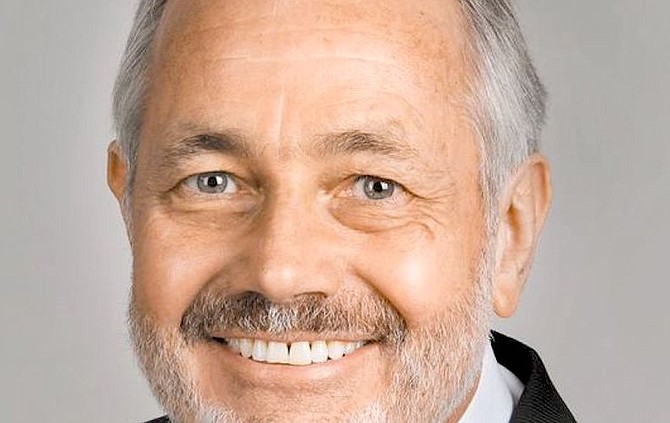 Former Record-Courier reporter and photographer Ray Hagar has been named to the Nevada Press Association Hall of Fame.

Hagar was appointed sports and schools reporter in January 1976, after having graduated from the University of Nevada, Reno, School of Journalism, where he wrote for the Nevada State Journal while in college.

He covered Carson Valley for The Record-Courier for a year and then he went to work for the Sparks Tribune. At the time both newspapers had the same owner.

“I’ve met a lot of people here and made some friends,” he said of his time working in Gardnerville. He went back to work in Reno for the Reno Evening Gazette and Nevada Journal within months of taking the job at Sparks.

Hagar was succeeded as sports editor by Minden photographer Jay Aldrich, who wrote about Hagar being punched in the face by former New York Yankees General Manager Billy Martin.

The story handed down through generations of R-C staffers is that Martin wanted to see Hagar’s notes and the report held them behind his back.

Hagar retired from the Gazette Journal in 2016 and went on to co-host Nevada Newsmakers. As part of his political coverage for the program, Hagar’s byline has appeared in The R-C’s sister paper, the Nevada Appeal.

“Excellent advertising from top to bottom,” judges from Montana said. “A lot of hard work was put into the political ads and special section.”

“The heavy preponderance of well-curated letters to the editor provide a diversity of opinion and evidence of real community engagement with the newspaper and vice versa,” Judges said. “These pages stood out among the competitors for their local focus and portrait of a community.”

The R-C took second place for general online excellence in part due to the R-C Running Commentary.

Lisa Gavon received third place for non-staff story for her feature on growing up Washoe.