Man receives up to four years in prison in lewdness 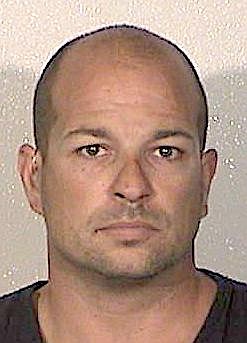 A Gardnerville man was sentenced to 19-48 months in prison on Monday afternoon on a count of open and gross lewdness in the presence of a child.

He was convicted of showing pornography to a 17-year-old girl and a variety of other acts that led to his being charged.

He will have to register as a sex offender after he is released from prison.

Dereng was given credit for three days time served.

• A former Holbrook resident was ordered to spend 364 days in jail for pointing a gun at his wife and another man as part of his probation on a felony.

A legal resident of the United States, Marco Castaneda, 25, likely faces deportation as a result of the conviction for assault with a deadly weapon, his attorney said in court on Monday.

Castaneda’s wife testified that she didn’t want him to be incarcerated as a result of the Feb. 6 incident in Holbrook Junction.

“I feel he’s learned his lesson,” she said. “I’m not worried about contact with him.”

Attorney Roberto Puentes Jr. called the incident a perfect storm when Castaneda’s wife came to pick up their four children accompanied by a man.

“He acted out of a sense of betrayal when she came to pick up the children whit her new boyfriend and he became enraged,” Puentes said. “He snapped.”

Castaneda took a screwdriver to the tires and broke the windows of the vehicle the wife and her friend arrived in. He then went into the trailer and came out with a .22 pistol which he pointed at them, threatening to shoot them as his four children watched from the trailer.

“I don’t think it would have happened without the alcohol,” Puentes said. “The gun was not loaded.”

Castaneda apologized for the incident through an interpreter. He has since moved to Washoe County.

Prosecutor AJ Hames sought the jail-time because the children were witnesses to the incident.

• A Gardnerville woman admitted Monday to a charge of possession of a controlled substance for sale.

She was involved in a Feb. 25, 2020, methamphetamine sale, according to court documents. She said she was arrested 18 months later, after having stopped using drugs.

She was ordered to attend daily AA meetings and testing while she is out awaiting sentencing.

• A California woman is hoping to be sentenced on a gross misdemeanor of attempted grand larceny of a motor vehicle.

Sarah Mary Alice Williams, 31, entered a guilty plea to the charge on Monday.

Under Nevada law, the charge may be treated as either a gross misdemeanor or a felony depending on the circumstances of the case.

She has been in custody since she was arrested May 31.

Defense attorney Brian Filter said he’d hoped she could be sentenced on the gross misdemeanor, but prosecutor Patrick Ferguson said he wasn’t prepared to go forward.

Williams was found inside a Jeep Cherokee after deputies responded to a car alarm going off. The ignition had been punched out and there were two screwdrivers and a corkscrew inside of the vehicle.

Ferguson said Williams had been convicted of four felonies in 2016 and 2018.

She was released on her own recognizance pending her Nov. 1 sentencing.