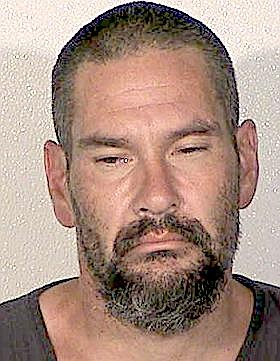 A Gardnerville man, who served as the wheelman for two methamphetamine deals, was sentenced to 19-48 months in prison.

He allegedly drove Lauryn DelPrete, 21, who was taken into custody on Monday morning.

Clarke’s attorney said he dropped out of school in the third grade and had been using marijuana and alcohol since he was 8 years old. By 20, he was a daily user of methamphetamine, Kristine Brown said in asking for a suspended sentence and drug court.

Prosecutor Chelsea Mazza said Clarke has been released on probation and every time he has been revoked.

District Judge Tom Gregory pointed out that Clarke had been given a lot of opportunities to reform. He gave Clarke 114 days credit for time served.

DelPrete is facing felony drug sales charges in connection with the buy, according to a warrant issued March 18.

She was arrested after deputies responded to a domestic battery and learned she had the warrant out for her arrest.

• A Gardnerville man pleaded guilty Monday to open and gross lewdness in the presence of a child.

Nicholas Einar Dereng, 38, faces up to four years in prison and a $5,000 fine on the felony charge. In order to be placed on probation, a psychosexual evaluation will have to indicate he’s not at a high risk to reoffend. As a result of the plea, Dereng will have to register as a sex offender.

He allegedly showed pornography to a 17-year-old girl and a variety of other acts that led to him being charged with the offence.

• A $2,000 warrant was issued for the arrest of a man in order to ensure he returns to Douglas County after being sentenced in Carson City.

Daniel James Duckworth, 38, was booked on a parole and probation hold in the capital on June 30, according to the Carson City Sheriff’s Office. He was facing a drug charge in Douglas that prosecutors were willing to drop in exchange for a stipulation he allow his probation to be revoked in Carson. That happened last week, according to a probation official in court on Monday.

• There were a few old cases up for resolution on Monday’s Law and Motion calendar.

On Sept. 24, the Department of Parole and Probation issued a violation report.

Bradley was arrested July 26, 2016, after medics had to use Narcan to counteract an opioid overdose.

• A man who tried to identify himself in 2018 using someone else’s license that had been reported stolen is back in custody on a probation violation.

Prosecutor Chelsea Mazza said she will be seeking revocation of Martin’s probation.

• A woman who was on the lam for three years entered a guilty plea to possession of a controlled substance.

On Monday, Garrison entered a guilty plea to the charge after returning to Carson Valley. She was released on her own recognizance after the plea. Raymond Garrison remains in custody pending sentencing.

• A man who prompted a brief lockdown of Carson Valley Plaza in Indian Hills after walking into Famous Footwear with a box knife last month admitted to a felony count of possession of methamphetamine.

Bradley Scott Bogle, 31, was arrested on June 16 after deputies arrived at the shopping center. While simple possession carries a 1–4-year prison sentence, most are mandatory probation.

• A 10-year-old check forging case was settled on Monday when Gregory Scott Bliss, 45, was sentenced to 180 days in jail on a charge of attempted uttering of a forged instrument.

The judge agreed to treat the case as a gross misdemeanor instead of a felony.

The case stems from an attempt to cash a forged check that failed.