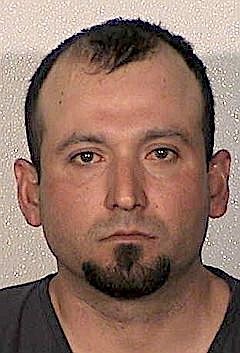 An Aug. 2 sentencing date was set for a Holbrook Junction man who admitted pointing a handgun at his wife and another man during a February confrontation.

Castaneda was arrested Feb. 6 after his wife came by to pick up their children. He allegedly stabbed three of her vehicle’s tires and smashed the windshield. He then went back inside and fetched a .22 handgun and pointed it at them as his children watched from a window.

He had a .141 blood alcohol content at the time.

• An Elk Grove, Calif., man faces a mandatory prison term after he admitted to driving under the influence with a prior felony on June 14.

Rowland Anderson Yovonie Jr., 32, was arrested Nov. 28, 2020, after he was spotted driving in the center of the westbound lanes at 10 mph under the speed limit.

A background check revealed his license was revoked for driving under the influence.

• A Gardnerville woman’s probation was revoked after she was arrested with drugs during a June 4 traffic stop.

Lorissa Rose Jim, 34, admitted to violating her probation for possession of a controlled substance for sale and received the underlying 1-3-year sentence on Monday.

She also admitted to a count of possession of methamphetamine on Monday. She received another 1-3-year sentence which she will serve simultaneously with her original sentence.

Attorney Kris Brown said Jim intended to participate in the drug treatment program she was ordered to undergo in February but missed a bed date in Elko.

She received another bed date in Carson City, but wanted to hold out for Elko. She was released from custody, and she used while she was out.

• A Gardnerville Ranchos woman was sentenced to 12-32 months in prison for possession of a controlled substance for sale.

Jean Antonia Luna, 49, was arrested March 8 with 7.3 grams of methamphetamine in her possession after a traffic stop.

A man in the vehicle with her, Daniel Scott Trenholm, 36, admitted to possession of a controlled substance for sale in May.

Trenholm was released on his own recognizance but failed to appear in district court last week. A no-bail nationwide warrant was issued for his arrest.

• A California man is seeking drug court after he admitted to possession of a controlled substance on June 14.

Eric Mitchell Malone, 36, was pulled over Feb. 4 on Highway 50 in Stateline.

He appeared in court on June 14.

• A man arrested for felony third instance driving under the influence on Dec. 27, 2020, just over a month after his second DUI, will seek diversion.

Richard William Edman, 26, will find out on July 6 if he can participate in a diversion program.