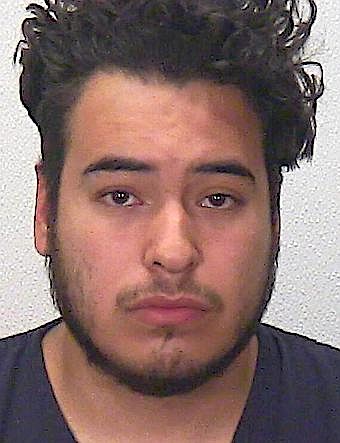 A 22-year-old South Lake Tahoe man admitted to soliciting a child for prostitution as a result of a July 7-8 sting at Lake Tahoe.

Javier Rodriguez Aguilar faces up to four years in prison and a $5,000 fine. In exchange for his plea, prosecutors agreed to seek no more than 12-36 months. He will have to forfeit the $100 he brought to pay the 17-year-old girl.

Prosecutor James Sibley said that Aguilar appeared to have second thoughts and was walking away from the meeting when he was arrested. He will not be required to register as a sex offender.

He is scheduled to be sentenced on Feb. 7.

• A Carson City woman received a suspended 19-48 month prison sentence for possession of a controlled sentence.

Anita Raya failed drug court and has been in custody for 127 days.

She was ordered to participate in counseling during her 18-month probation.

• A man who took his sister’s car said it was all just a misunderstanding.

According to court documents James Louis Malone, 47, borrowed his sister’s 2010 Subaru Forester and did not return it when he said he would.

Malone was given credit for 2 days in Douglas County Jail and ordered to pay a fine of $128.

• A $5,000 nationwide warrant was issued Monday for Jason Jerome Altig who failed to appear in court Monday.

According to court documents, Altig agreed to make up $44,000 in child support in exchange for deferring his conviction on a felony in Dec. 2020. He was facing up to five years and a $10,000 fine after he admitted to failure to support his two minor children. A review hearing was set for Dec. 12 to determine whether he was keeping up with his payments, but he failed to show.

• A California man, who missed his sentencing on an eluding charge because his bus ticket was canceled due to weather, will have another chance on Tuesday.

Prosecutor Patrick Ferguson said Charles Qorouya Evanson, 39, is on parole in connection with the same case.

Evanson admitted running from law enforcement in a Jan. 11 chase that ended with his being tackled by officers near Mono Lake.

He faces up to six years in prison.

• A Sparks woman whose 5-year-old daughter was in the car as she downed fentanyl to avoid being caught with it has com-pleted treatment.

Ashleigh Taylor Baldwinson survived after deputies noticed she’d passed out in the back of a patrol car and revived her with two doses of Narcan.

She admitted to a count of gross misdemeanor child endangerment and was sentenced to a suspended 364-day jail term.

She was supposed to be in court last week but couldn’t get a ride.

“Everybody was afraid you were going to die,” Tod Young said. “But it appears you’re doing really well.”

• A stay-at-home dad who was stopped for DUI with his four children in the vehicle in June was given 60 days house ar-rest.

Thomas Patrick Landavazo had a .114 blood alcohol when he was pulled over.

According to the judge, he had a couple of shots to overcome a hangover before going to Gardnerville.

• A woman admitted to gross misdemeanor child endangerment in connection with her July 29 arrest for driving under the influence.

Danielle Kimberly Bigelow had her two children in the vehicle when she was arrested.

She must undergo an evaluation to determine she is not at high risk to reoffend in order to get probation. The charge car-ries a 364-day sentence and a $2,000 fine.

She is scheduled to be sentenced on Feb. 28.