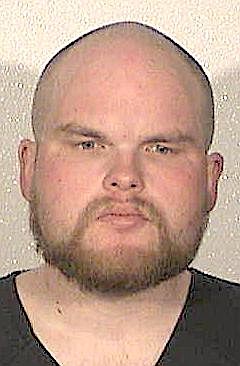 Witnesses relived a May 4, 2019, shootout in an Indian Hills cul-de-sac on Monday during the sentencing of the man determined to be responsible.

Dallas Tanner Nicholson, 30, was shot seven times during the shooting that night after he confronted a woman’s boyfriend and his friend with a pistol.

The man who opened fire on Nicholson said he did so after Nicholson raised his pistol in response to something the boyfriend said.

“I was 20 years old and forced to defend my friend’s life,” the Carson City resident said. “I had nine rounds in my weapon and not one went above the waist.”

The Record-Courier is not naming the man as he is considered a victim in the case.

The incident occurred after the girlfriend drove Nicholson home while allegedly under the influence of alcohol.

“She was extremely intoxicated,” the witness said when asked why both men went to the home to get her.

He said his roommate didn’t have a driver’s license, so he had to drive, and that he always carried a firearm, when pressed by defense attorney William Routsis.

He testified that when they arrived, his roommate tried to get the girl to go with him, but she locked herself in her car.

Nicholson produced a pistol and waved it in the boyfriend’s face, the witness said, touching it to the 19-year-old’s forehead.

He said the situation was de-escalating when the boyfriend allegedly told Nicholson that if he didn’t have the gun there might have been a very different outcome.

“That’s when he raised the pistol,” the witness said.

He testified he had nine rounds in his firearm. Nicholson was hit seven times. He said he was shot in the wrist.

Investigators reported finding 23 rounds at the scene of the shooting.

District Judge Tom Gregory said he took all the factors into account when he gave Nicholson a suspended 1-4-year sentence for felony assault with a deadly weapon.

As part of the felony conviction, Nicholson will never be allowed to possess a firearm again.

Both witnesses testified they suffered from post-traumatic stress disorder as a result of the shootout.

One said he lost his job because he couldn’t work and had to move out of the apartment he shared with the couple.

Routsis argued the man didn’t have to shoot his client, but that because it was clear Nicholson pulled his gun first, he advised him to enter a guilty plea to assault with a deadly weapon.

The case is being heard by Gregory after Judge Tod Young warned Routsis he might have difficulty going along with a plea negotiation in the case.

Nicholson’s mother testified the week before that she ran out to find her son lying in his own blood as a result of the shooting.

They gave the case to Gregory because Todd young wasn't willing to give this guy a sweetheart deal? There's been rumors circulating that he's some kind of relation to local law enforcement. When a guy empties his magazine in the side of a vehicle trying to kill the occupants he should have got more than probation.......