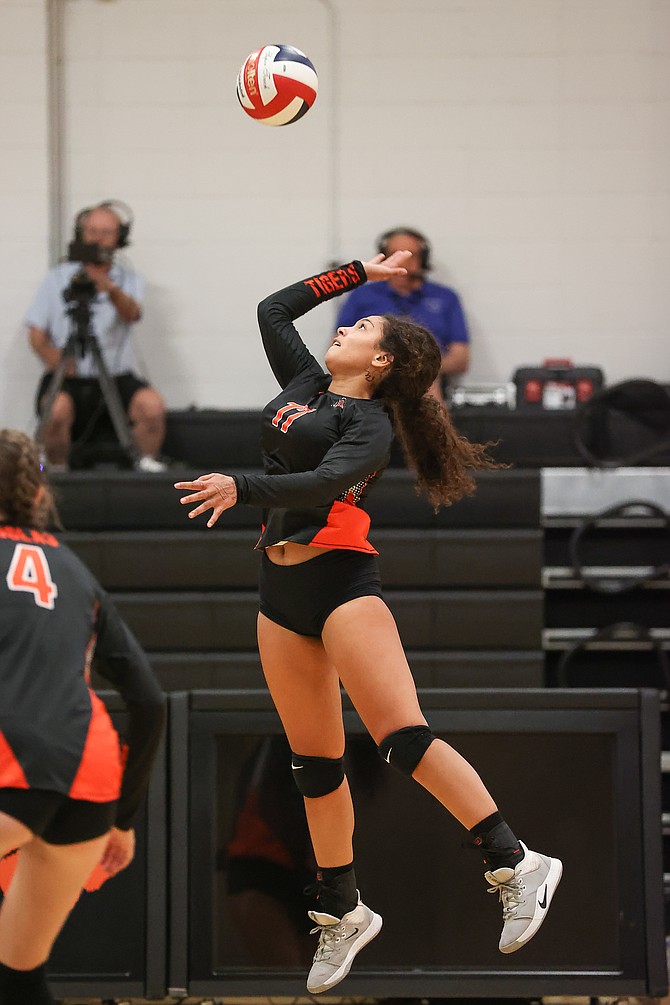 Douglas High senior Mia Bertolone goes up for an attack early in the season. Bertolone was awarded with first team all-region honors for her play on the court this season with the Tigers.
Photo by Ron Harpin.