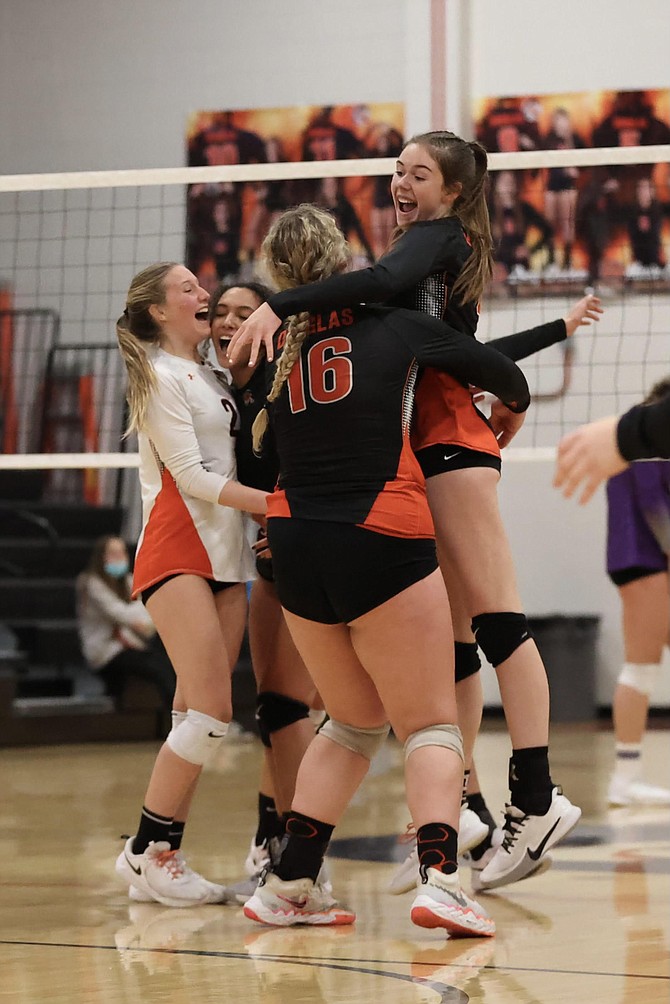 Addy Doerr (4) jumps into the arms of Riley Mello (16) alongside Sumer Williams (2) and the rest of the Tigers after Douglas took down Spanish Springs in five sets Monday night in the Class 5A regional quarterfinal.
Photo by Ron Harpin.

Tigers take the fifth, 15-13, to advance to the regional semifinals against Reno. What a match. pic.twitter.com/CZqMuqaHV4