Douglas High volleyball figuring it out on the fly 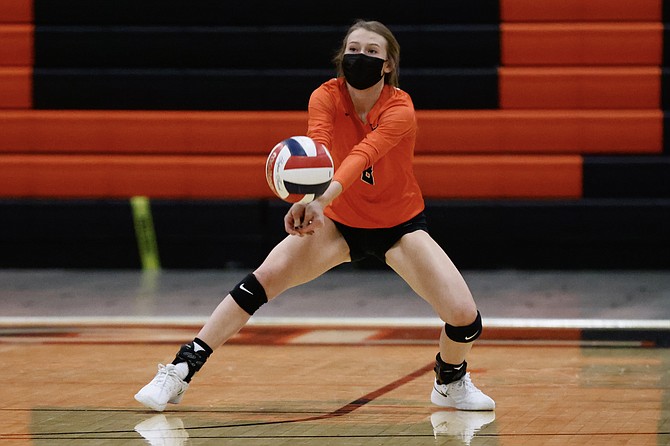 Douglas High's Caitlyn Stephens drops down to bump a ball against Reno High Thursday night. The Tigers fell in their home opener against the Huskies, but look to bounce back against Carson Tuesday