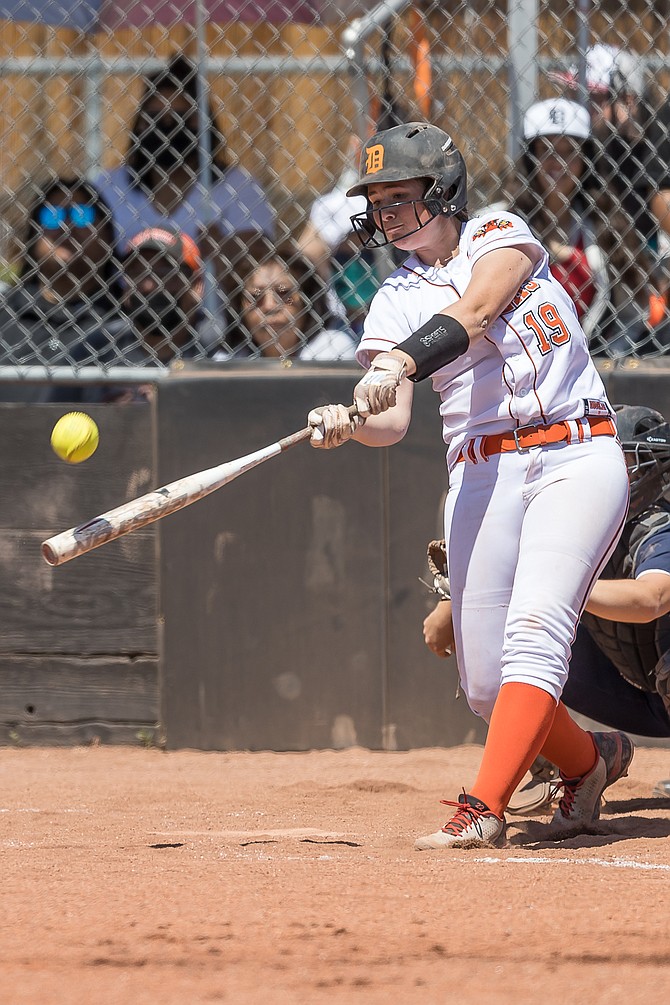 Douglas High freshman Talia Tretton turns on a ball during a contest against McQueen earlier this season. Tretton is hitting .400 in her first varsity season with the Tigers with two home runs, five doubles and 13 RBIs. Photo by Ron Harpin.