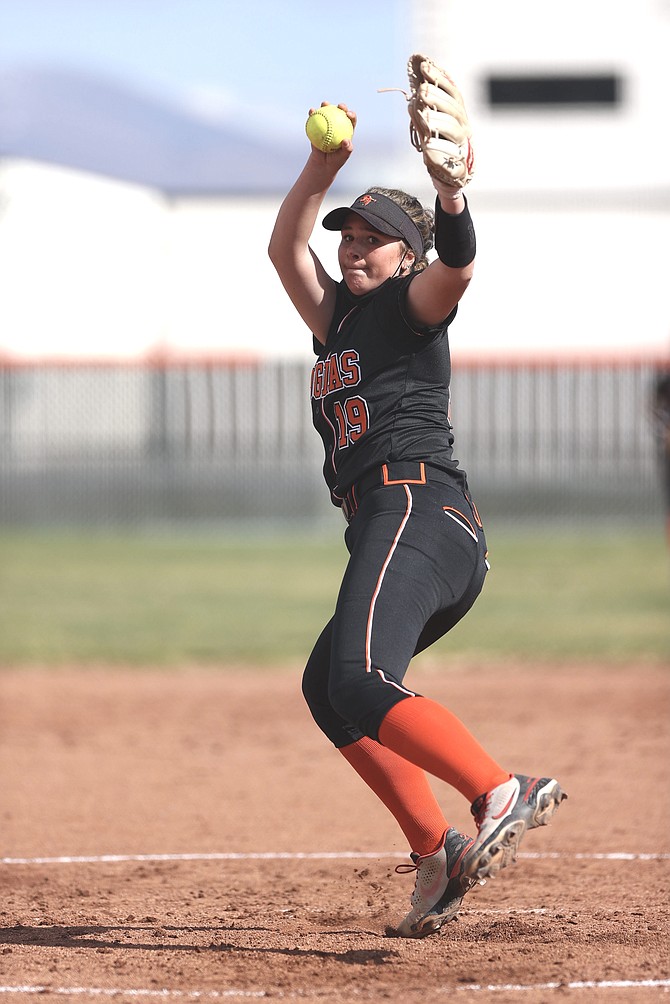 Douglas High pitcher Talia Tretton winds up to throw against Carson High Thursday afternoon. Tretton allowed three hits and one earned run while striking out 10 in a season-opening win over Carson.
Photo by Ron Harpin.


Douglas is rolling after a two-game sweep over the Miners Saturday, putting the Tigers 3-0 early on in the campaign.
The Tigers posted results of 17-1 and 6-2 over Bishop Manogue.