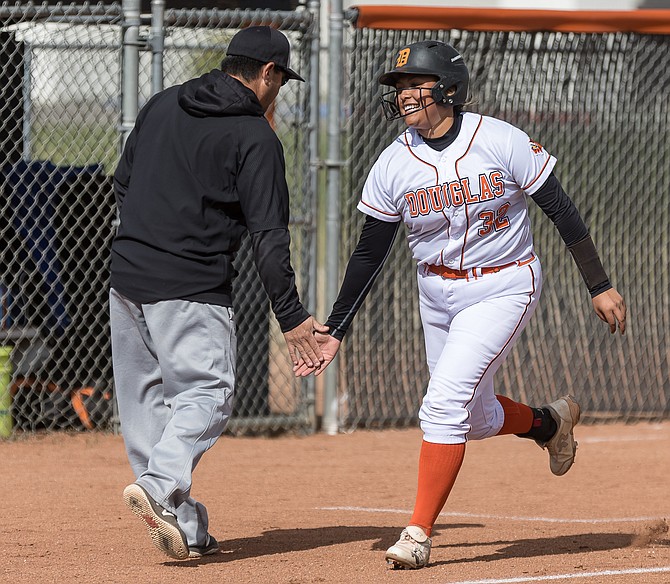 Douglas High's Bri Williams get a high five after hitting a solo home run in the second inning against McQueen Thursday.
Photo by Ron Harpin.