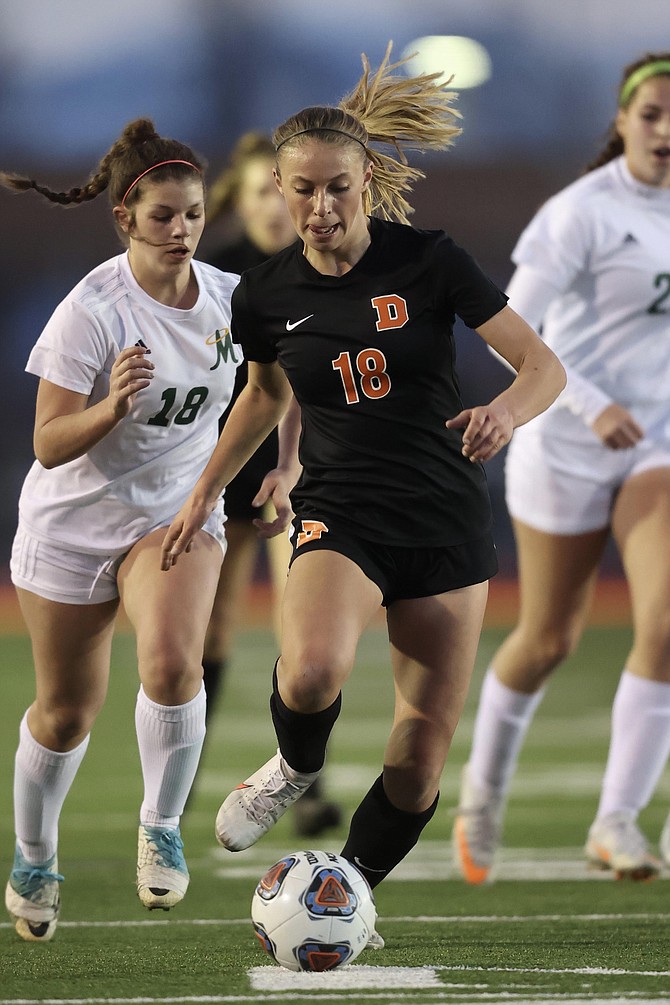 Douglas High's Helene Henry-Greard dribbles in front of a Bishop Manogue defender Tuesday night. Henry-Greard had a couple of shots on goal and was fouled in the box, drawing the Tigers a penalty kick.