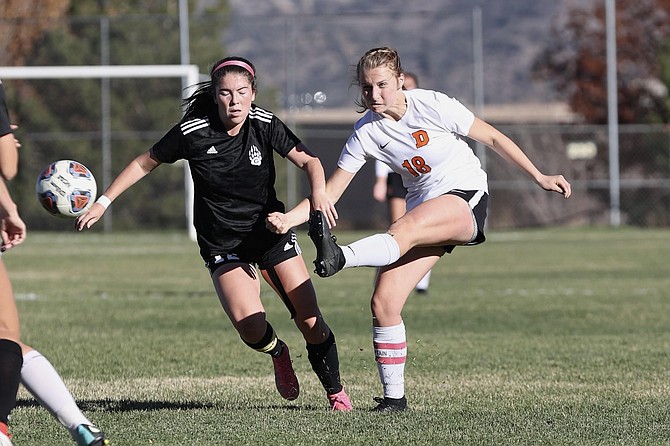 Campbell Dedmon scores from outside the 18-yard box in the first half of the Class 5A girls soccer regional semifinal.
Photo by Ron Harpin.