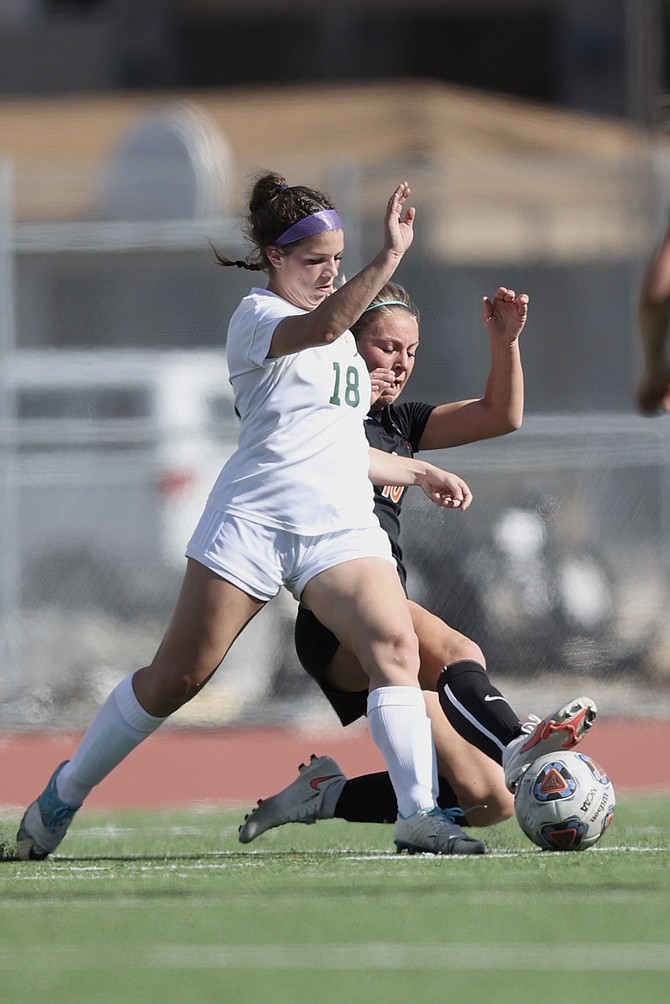 Douglas High's Helene Henry-Greard slides in on Bishop Manogue's Emmery Kate Guillen during the first half of a Class 5A regional quarterfinal contest between the Tigers and the Miners. Douglas won 3-0 and will play McQueen Thursday afternoon at 4 p.m. Photo by Ron Harpin.

70’ - Helene Henry-Greard tacks on a third for the Tigers. Douglas up 3-0. pic.twitter.com/JbF2V93vrQ