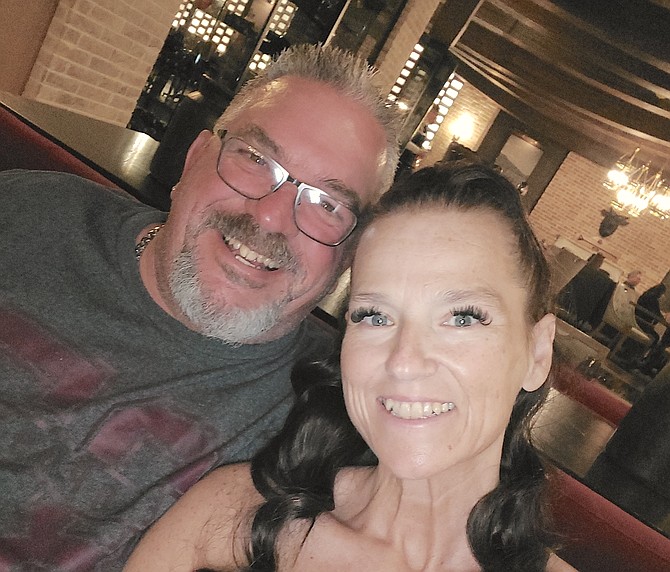 After years as a tow truck driver, Sean Leonard was exceedingly cautious his daughter Natasha said on Wednesday.

“He’d been on so many accidents, he was always so careful,” she said of her father who was killed Tuesday while turning onto Courtland from Highway 395. “He was the best driver.”

Leonard, 54, had been taking care of wife Cyndee, who has stage 4 ovarian cancer.

“My mom was everything to him,” Natasha said. “He dropped everything for her.”

He worked for Silver State Towing until Cyndee was diagnosed.

“He was always so giving and willing to help everybody,” she said. “Every time he went in to Wa She Shu (Casino), I’m pretty sure he made a new friend.”

The Leonard family arrived in Carson Valley around the turn of the century and the children were raised here.

“I want the whole town to know about him, because he touched so many peoples’ lives,” Natasha said. “One of my best friends called and said he took him fishing and was a father figure to him. He was like that with all my friends.”

Natasha said her father was someone who didn’t seek the limelight.

“He touched so many peoples’ lives he didn’t even know,” she said. “He was helping with acts and words of kindness.”

Natasha said that what the family has pieced together is that Leonard was turning into Courtland when a truck hit him from behind.