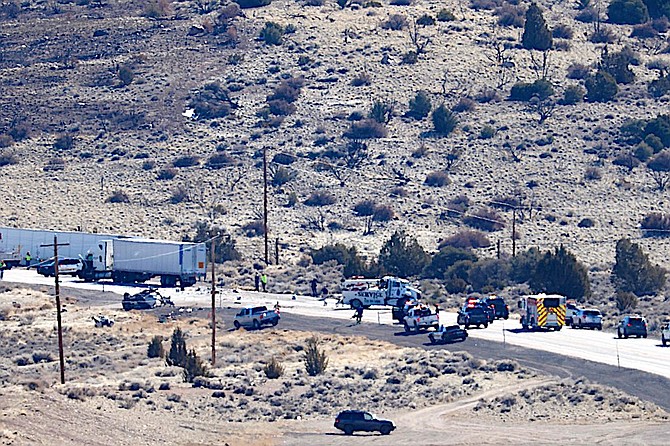 The scene of a collision on Highway 395 near Courtland in the Pine Nut Mountains south of Gardnerville.

The Nevada Highway Patrol has reopened Highway 395 through the Pine Nuts after it was closed for more than six hours for a fatal collision.

The collision was reported at 9:50 a.m., according to the Nevada Highway Patrol.

A fundraiser has been organized by the daughter of a man killed in a three-vehicle collision south of Gardnerville.

Natasha Leonard posted a fundraiser to gofundme.com for her father Sean Leonard.

“My dad has always been a part of this community and we are hoping we can come together to help with his service and what is to come,” she said on a Facebook post to the Minden Gardnerville Community Forum.

Cars were backed up on Jake’s Hill and at Holbrook for most of the afternoon.