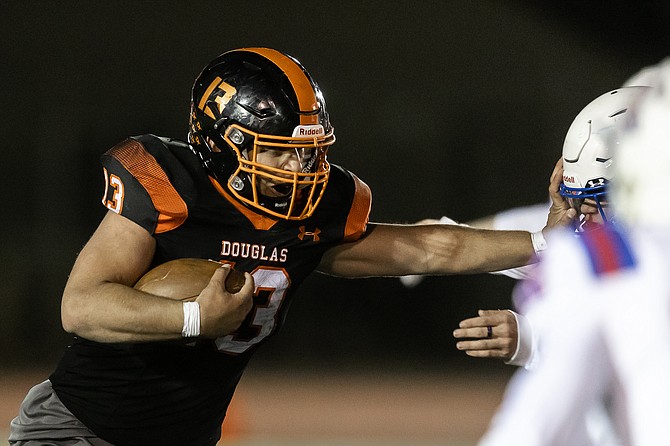 Douglas running back Gabe Foster stiff arms a Reno player last spring. Foster will have a big role on the Tigers’ football team this fall as a senior at linebacker and running back.
Photo by Ron Harpin.