Keeping the ball in front 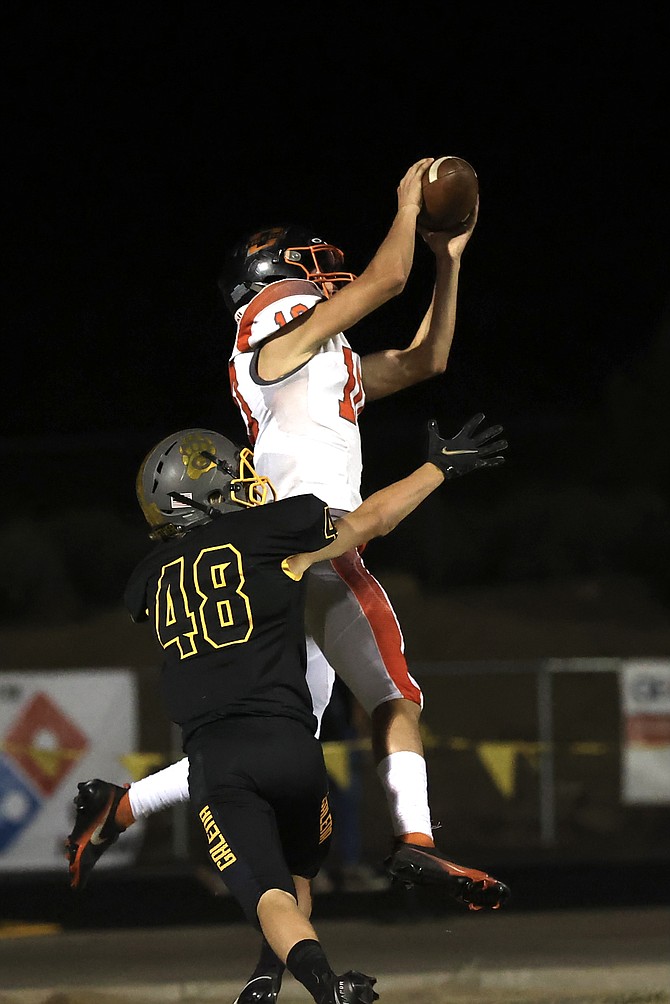 Douglas High wideout Aden Flory rises up to make a catch against Galena last Friday. The Tigers are looking for their second win in a row this season against Reed.
Photo by Ron Harpin.