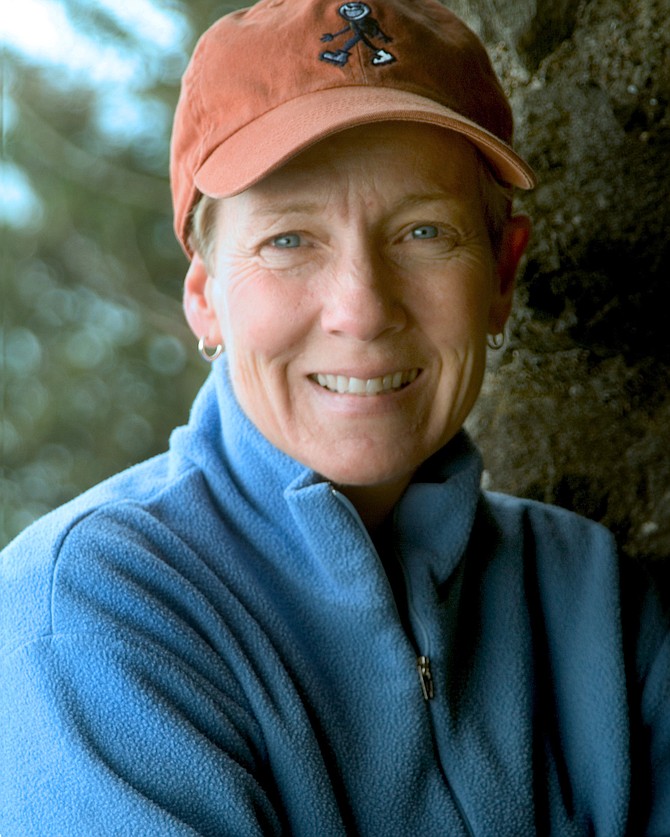 One brisk December morning in 2020, Gardnerville resident Beth Enos took a photo of some snow covered cottonwoods. Little did she know, that shot would earn her a place among award winning photographers from around the world.

After taking the photograph, Enos’ husband, Will Enos, who is a professional photographer, encouraged her to submit the piece for recognition.

Not believing she’d ever receive anything, Beth submitted the work on July 25, 2021, to the Julia Margaret Cameron Awards for Women Photography in York, United Kingdom.

She was shocked when awards were declared later that year on Aug. 31.

“Out of about 40 different countries and approximately 6,000 entries, she was one of the winners. That’s a pretty big deal,” said Will.

Beth placed in the nonprofessional category.

As a self-proclaimed amateur photographer Beth has only been seriously behind the lens since 2020. Prior, she was an executive coach for the State of Oregon and before that a contract analyst.

“This is a newfound skill to her,” said Will.

Meanwhile, Will has been a full time professional advertising and marketing photographer for more than 40 years, he said, and Beth had only played around with a camera here and there.

“She played around some, but always thought ‘there’s already one photographer in the family,’ and really didn’t pursue it,” said Will, “but I have been looking over her shoulder for the last few years in hopes of helping her hone her photographic skills.”

Recognition from Julia Margaret Cameron took Beth’s breath away alone, but it didn’t end there.

Shortly after receiving the award, the organization reached out to Beth, requesting her “Winter Carson Cottonwood” piece for a showing in 2022. It was on display at the FotoNostrum Mediterranean House of Photography in Barcelona Spain from Oct. 14 through Nov. 13.

“It was a gallery of the award winning participants from around the world that were awarded by Julia Cameron and hers was one of them,” said Will. “It has boosted her confidence tremendously and she is starting to believe that she is actually viable.”