Wrapping up a year of weather extremes 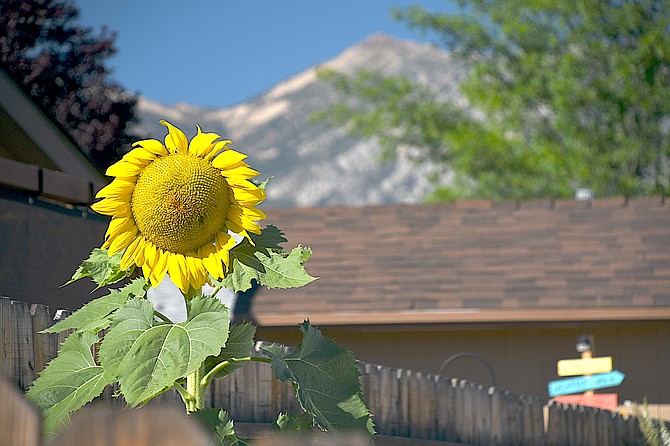 This has been a good summer for sunflowers.
Tim Berube | Special to The R-C

How can we be in what’s shaping up to be one of the driest year on record and also be in the top 25 wettest years at the same time?

It depends on your definition of a year.

We are coming up on the last three weeks of the water year that started Oct. 1, 2021. That year includes three wet months, wrapping up with a record-breaking 2.8 inches in August and the second wettest October on record. Nine wetter Decembers were recorded in Minden since 1906, but 3.33 inches was pretty impressive.

With the exception of August, though, 2022 has been a very dry year with no precipitation recorded in the county seat during January. It was well on its way to being the driest year on record before the Aug. 3-4 deluge set a new record of 2.8 inches.

The average precipitation in Minden during a calendar year is 8.89 inches, according to the National Weather Service.

Records have been kept in Minden in 1906, though they’ve bounced around the area a little bit. The very earliest record-keeping was done at the Dangberg Home Ranch.

Over the past decade, only three years, 2013, 2014 and 2020, have actually had below average rain totals. While it should be no surprise that 2020 was a bad precipitation year, along with everything else, 2013 was actually the second worst on record.

We know that Western Nevada is in a drought, but that is as much about the timing of the moisture as how much we’ve actually received.

There are parts of the Silver State that saw drought conditions retreat a bit thanks to last month’s monsoons, but for Carson Valley timing is everything.

August’s rains may have helped raise some grass, but it mostly just rolled down the Carson River.

October’s rains helped soak the soils so when December saw some decent snow, it helped increase the amount of moisture locked in the snowpack.

But as we’ve seen this year, the weather doesn’t own a calendar, so all we can do is conserve the water available to us and look to the skies.