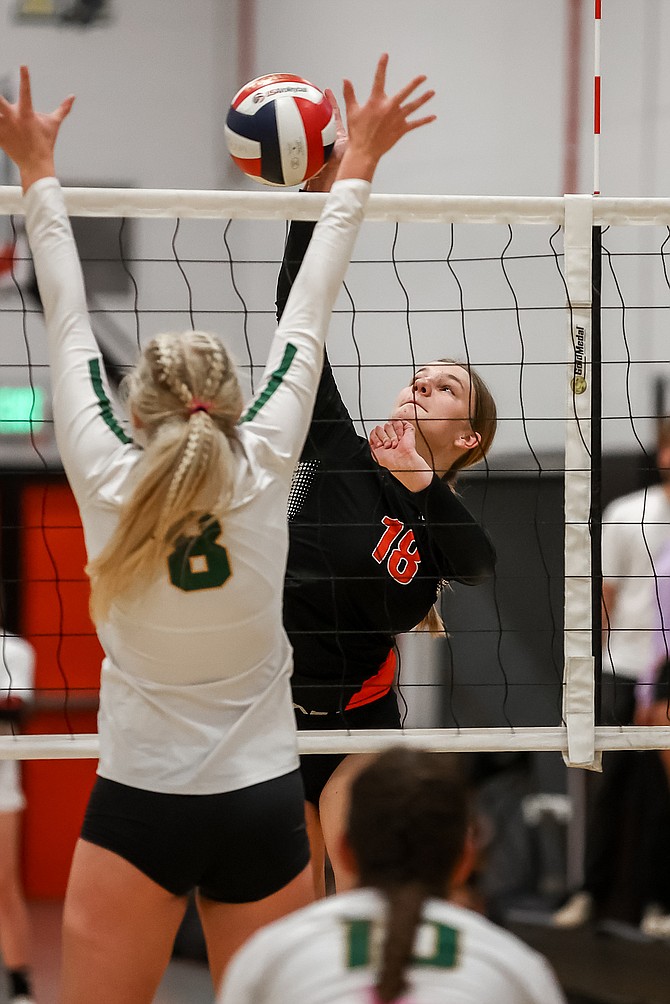 Douglas High freshman Diego Diaz looks upfield with the ball during a contest against Dayton. The Tigers are into the postseason, but will need a couple of regional wins in order to make the state tournament.
Photo by Ron Harpin.

A young Tiger team has its postseason path in its hands.

Win and you’re in.

Douglas (5-9 in Class 5A league play) is tied for fifth with Galena (5-9), but runs into the Grizzlies Tuesday night.

A win would give Douglas a game edge on Galena and Damonte Ranch (5-10).

Conveniently for this piece, the Grizzlies and the Mustangs play Wednesday night while Douglas takes on Carson (7-7).

With two wins, it is possible the Tigers climb up to the No. 4 seed, but the Senators would need to lose to McQueen (3-11) and Douglas would need to sweep Carson to take the tiebreaker.

A win over Galena would likely punch the Tigers’ ticket as Douglas would hold the tiebreak edge unless the match goes five sets.

If two teams are tied in sets won and loss against each other, it’ll come down to whichever team has won more points total in the two meetings. 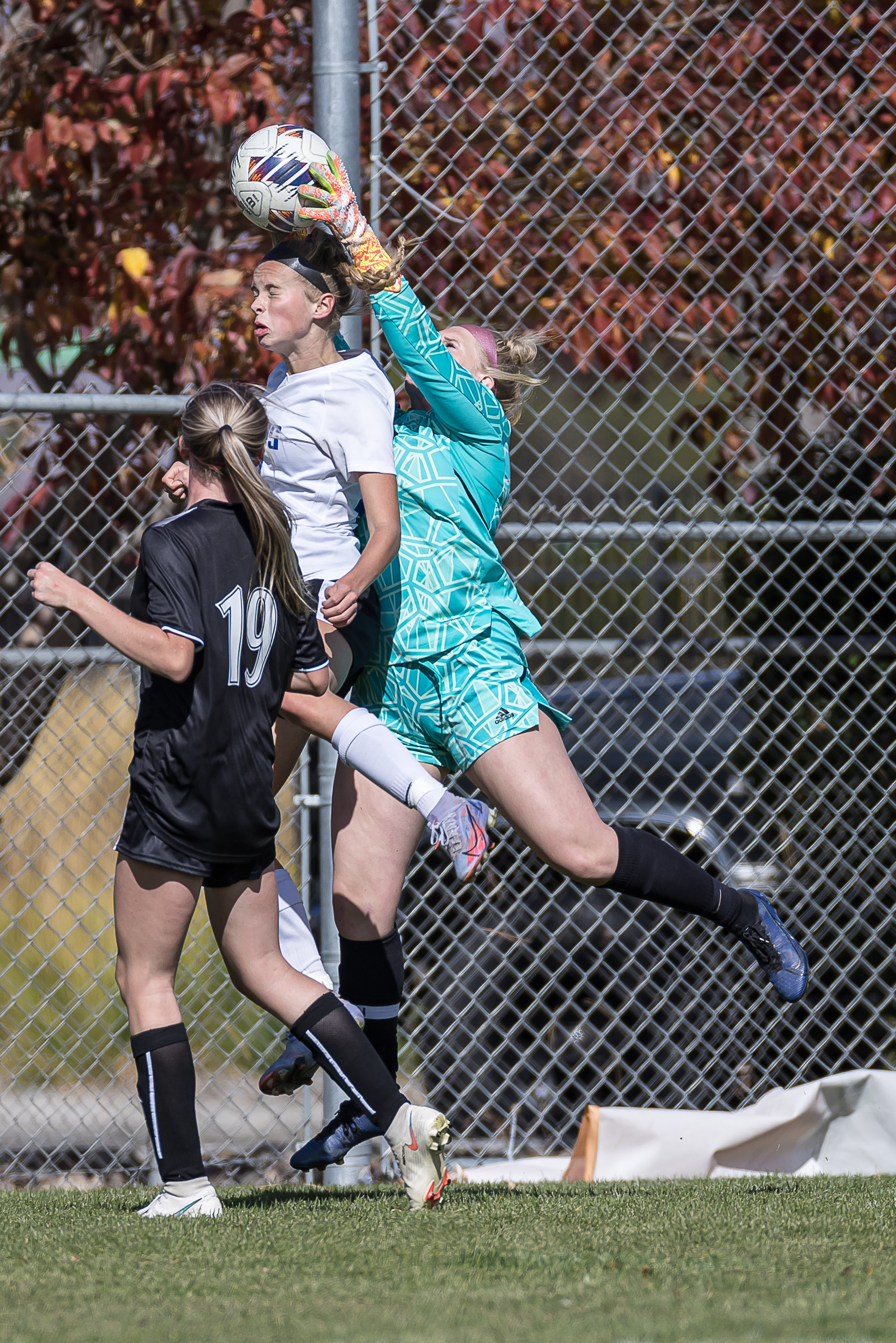 (Kylie Martin plucks away a save against McQueen this past Saturday. The Tiger soccer team is currently holding onto the final playoff spot in the Class 5A North. / Ron Harpin)

Scenario – Get into the postseason

Injuries have been tough on the Tigers this season.

With that being said, Douglas (5-6-3) still holds onto the sixth and final playoff spot for the Class 5A North.

The Tigers have two games remaining – versus Reed (9-4-1) Tuesday night and at Bishop Manogue (4-8-2) Saturday afternoon.

The Miners are currently in seventh place and are four points behind the Tigers.

No. 8 Damonte Ranch (3-8-2) has three games remaining – Galena, Reno and Spanish Springs – and is seven points back.

A Tiger win over the Raiders would seal the door on the rest of the league, giving Douglas the No. 6 seed.

Should Douglas beat Bishop Manogue Saturday that would also be enough to punch the ticket to the playoffs.

Either way, Douglas needs a win otherwise, they’ll have to rely on getting help from somewhere else. 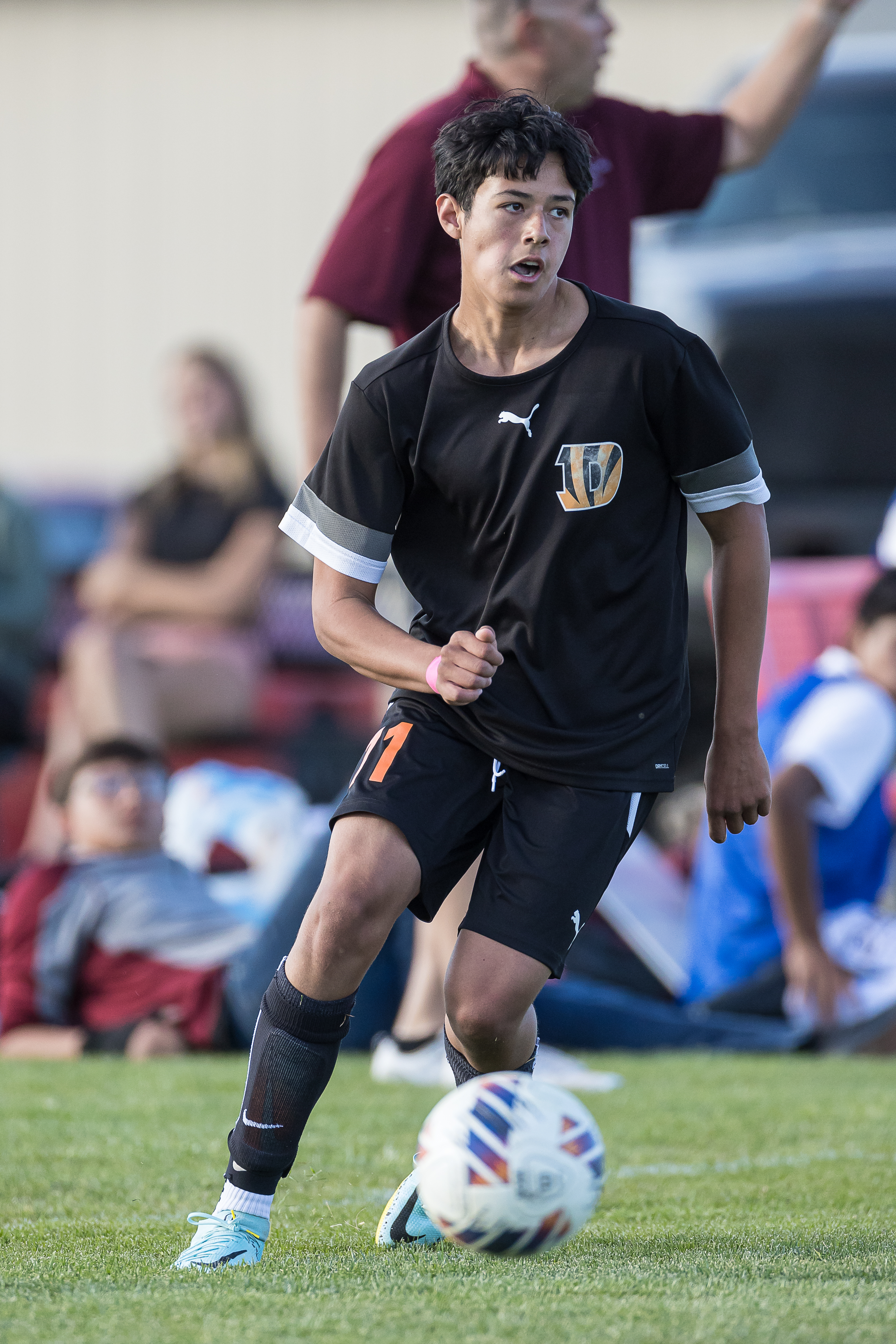 (Douglas High freshman Diego Diaz looks upfield with the ball during a contest against Dayton. The Tigers are into the postseason, but will need a couple of regional wins in order to make the state tournament. / Ron Harpin)

Scenario – Gear up for the playoffs

The Tigers are in.

The Class 3A East League did not win a contest against the West League this season, so five teams from the West have already secured a postseason spot.

Douglas (1-7-1) is in fifth of those five teams and has one contest left against Truckee (4-5) Wednesday.

Regardless of outcome, it doesn’t appear as though the Tigers postseason spot can change.

The regional quarterfinals are Thursday, November 3 at Truckee High School.