Washoe go to the polls on Saturday 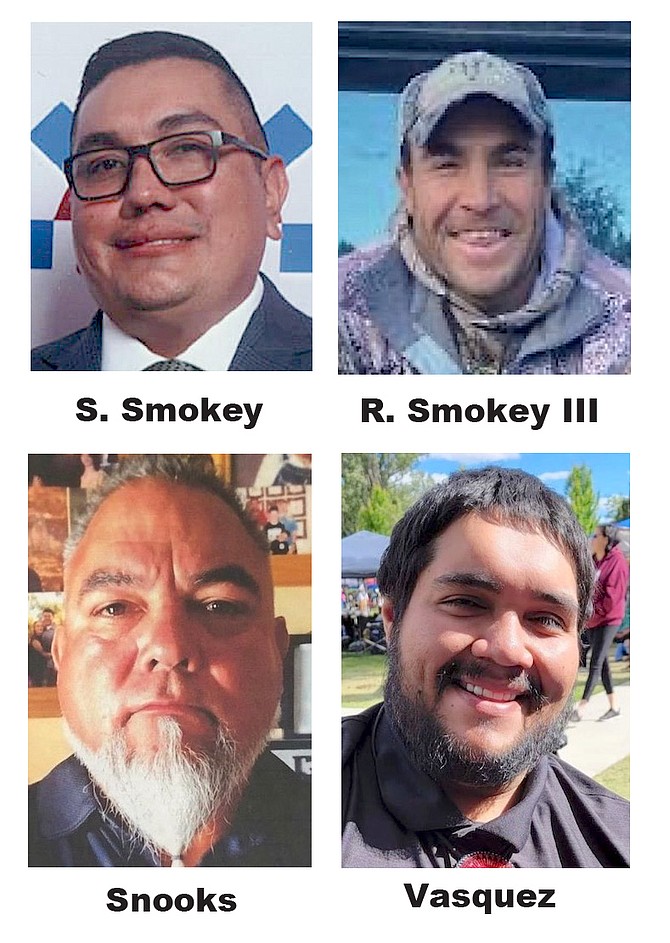 Members of the Washoe Tribe go to the polls on Saturday to elect their leadership over the next four years.

Chairman Serrell Smokey is facing three challengers, according to the Tribe’s web site.

Smokey has had an eventful four years as chairman, including the coronavirus outbreak, debate over the Minden siren, the Tamarack Fire and the placement of a sawmill on Tribal land in far northern Douglas County.

The pandemic and fire prompted the creation of an emergency operations center in 2020, he said in a statement.

The Tribe also restored the Washoe Development Corp. which is in charge of the sawmill.

Snooks said in his statement that he would stand up to the state and federal government if elected.

“On the horizon for Washoe People could be economic independence,” he said. “I believe you, my Washoe People, are ready for the challenges of this new reality.”

Snooks’ family owned the allotment parcel where federal, state and tribal officials raided an alleged marijuana grow on Cedar Flat in the Pine Nuts. As of Sept. 20, federal investigators continue their work on the case, a Drug Enforcement Administration spokeswoman said last month.

Romaine Smokey III said he wants to restore pride to the Washoe.

“I want to make our Washoe children’s year-around education our top priority,” he said.

Smokey worked for the Tribal Education Department for five years and spent three years at Eagle Valley Middle School working with sixth- and eighth-graders from Stewart.

“In those three years, I never had one Native American student fail a semester,” he said.

Vasquez is the vice chairman of the Tribe. He managed the Meeks Bay Resort for the Tribe for five years from 2016-2021, when he joined the Washoe Native TANF Career Development team as the Sierra Nevada region job developer.

Vasquez said he has placed the tribe’s representation and preservation of Lake Tahoe as one of his top priorities.

Another priority is encouraging and supporting Washoe and other tribal youth to attend some form of higher education.

The Tribe is also conducting elections for its community councils, including Carson, Dresslerville, Stewart, Woodfords and the off-reservation members.