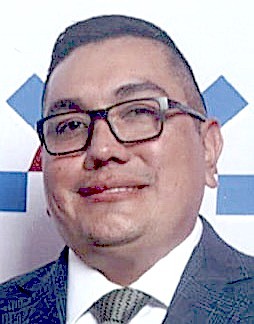 For the first time in 20 years, a Washoe Tribal chairman has won re-election.

Serrell Smokey won a second term as chairman, according to preliminary results issued by tribe’s Election Board. Smokey received 199 votes to Rueben Vasquez’ 124.

He also served in Syria with the Nevada National Guard.

He is a graduate of Western Nevada College and the University of Nevada, Reno. He is the son of Nevada Indian Commissioner Lori Pasqua, who succumbed to cancer in 2020.

“I must admit, not much about the job has been easy,” Smokey said in his candidate’s statement. “First there was the national COVID pandemic (one that none of us in our lifetime has ever seen). Then we had to deal with the largest forest fires ever on Washoe lands. Those are just a few of the highlights of what our people went through.”

Smokey acknowledged that he may not have made the right decisions every time, but he said they were made with all Washoe in mind.

“Remaining nonbiased is crucial to leading our people,” he said.

Among the projects that have occurred during Smokey’s time in office are the sawmill project which could bring the tribe up to $1.7 million a year and 30 jobs.

Smokey said that 2021 season at Meeks Bay Resort saw the tribe generate nearly $500,000 after many years of losses.

One of the challenges of Smokey’s new term will be to retain the contract to operate the resort, which has been under Washoe management since 1999.

The U.S. Forest Service is seeking proposals to operate the resort and the Washoe are asking people to provide feedback.

Besides the fire and the coronavirus outbreak, Smokey also negotiated a deal with Minden Town Manager JD Frisby to move the time when the siren sounds.

The siren, which the Tribe associated with long-since repealed sundown laws, put Minden in the national spotlight.