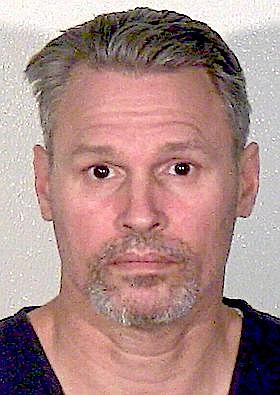 A Yerington man admitted making off with $2,837 in tools after breaking into the Home Depot during a crime spree in winter 2021.

Gordon Dwight Bryan Jr., 47, appeared in Douglas County District Court on Monday where he entered a plea to burglary of a business.

According to court documents, the store manager said he was standing in the garden area when he heard someone cut a lock with some bolt cutters.

He then watched as a man later identified as Bryan rolled totes full of tools out of the store and into a waiting truck.

Bryan is also accused of stealing three generators from the Home Depot in Carson City on Feb. 27. Home Depot security confirmed that Bryan was the subject in both cases from the tattoo of a date on the back of his neck.

Under a plea deal, prosecutors will recommend 19-48 months in prison running the same time as any sentence from the Carson charges. Bryan agreed not to seek probation at his June 27 sentencing.

Bryan has a history of thefts from Home Depots and was the subject of a 2018 arrest after he loaded up a lawn tractor onto a trailer and sped away from police on Highway 49 and Interstate 80.

According to a Sept. 9 report in the Auburn Journal, he crashed the pickup that had been reported stolen into the divider. He fled the accident scene and then tried to hide on the rooftop of a store, where he was captured.