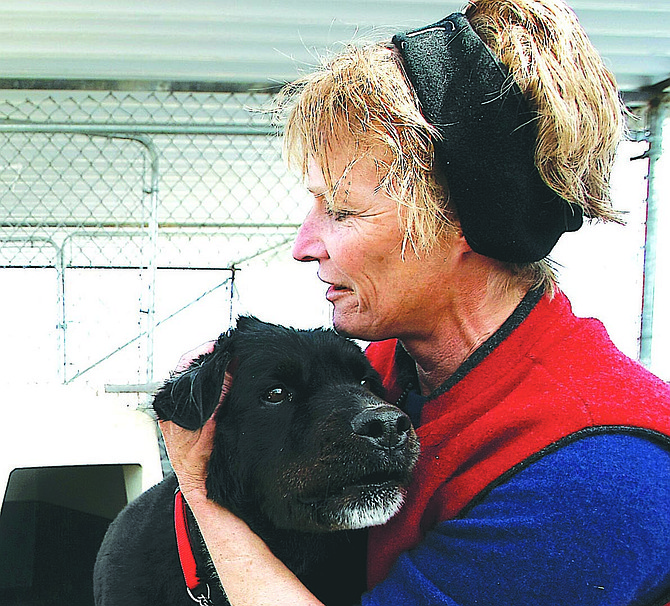 Attorney Kris Brown with one of the Gabbs dogs in 2008. Brown is retiring from practice in Gardnerville after 32 years.
Shannon Litz | R-C File Photo

After nearly a third of a century working in Douglas County courts, attorney Kristine Brown is retiring.

Brown came to work for the District Attorney’s Office in 1990 at age 33, after moving to Nevada three years earlier.

She is a 1987 graduate of the University of Kansas law school.

She was promoted to chief criminal deputy district attorney a few years into her career as a prosecutor. She prosecuted several cases involving child neglect, abuse and molestation.

One of her first big trials was the prosecution of a Carson City man, who was convicted at trial of seven counts of sexual assault involving his daughter in 1994.

She helped prosecute Thomas Soria Sr. in the murder of 9-year-old Krystal Steadman in 2000 before he ended the trial by hanging himself in the jail.

Brown prosecuted cases in Douglas County until July 2008, when she went into private practice.

She worked as a contract defense attorney for the county up until her contract expired on Thursday.

Brown was involved in the rescue of dogs in a hoarding case that occurred in Gabbs in 2007. She said Wednesday she will continue her work with Safe Haven Rescue Kennels in Yerington.