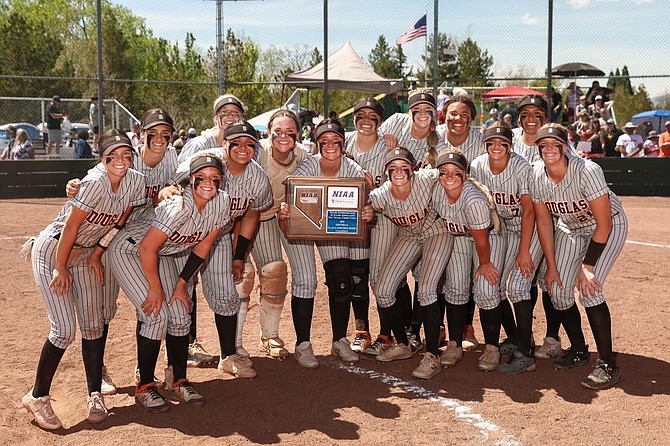 Talia Tretton hits a solo shot. Bri Williams singles and brings in another run on a Cougar error. Plus, Dakota Till ropes a double into the gap for an RBI (video). Tigers back in front. pic.twitter.com/YVAjbgVgDW

(Douglas High's Zora Simpson trots home after hitting a two-run home run in the bottom of the sixth for the Tigers. Simpson ended as the game-winning run as the Tigers won their first softball regional championship since 2004. / Ron Harpin)