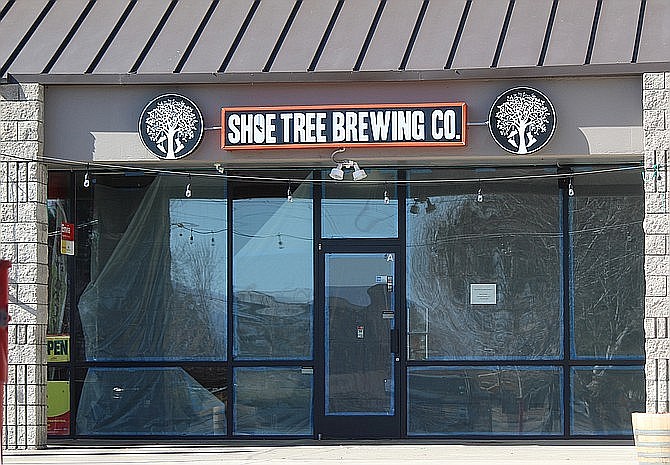 Shoe Tree Brewing Company opened last year in Minden. The brewery is located next door to the Ironwood Cinemas.
Photo by Kurt Hildebrand.

In Sept. 15, 1876, the Carson Valley News reported Genoa’s first bakery, which would set up shop right next door to an already established brewery.

Nearly 146 years later, the operators of Shoe Tree Brewing Co. in Minden and Carson City were recognized as the second-best brewers in the country at the U.S. Open Beer Championship in Oxford, Ohio.

“We are very honored to be considered one of the top two breweries in the country at the US Open Beer Championship,” said owner and brewmaster Jeff Young. “We have had success in this competition in the past, but it felt great to crack the top 10 rankings. We have always had the goal to produce world-class Beer for Northern Nevada, and this helps validate that quest.”

The brewery is celebrating the anniversary of its opening in Minden this month.

The event will feature live music and a beer tasting featuring nearby breweries. There will be live music from Daniel Gaughan and food trucks 1851 and Valley Eats.

Tickets may be purchased from CV Flyte, Cook’d, Carson Valley Kids and Sage or online at https://square.link/u/1fBHG1Bf?src=sheet

The event is the first of a series on Sundays by the group that hosts Wind Down Wednesdays, which have been very popular.

It’s not all about the suds as Main Street Gardnerville’s Third Thursday Wine Walk returns this week with a red, white and blue theme.

Director Jen Nalder says there are more than 100 businesses, food vendors and live entertainment for the event 4:30-7:30 p.m.

New this summer is a wine walk in Genoa 4-7 p.m. Aug. 5. Tickets are available at the Genoa Art Gallery.