National Night Out arrives in Minden 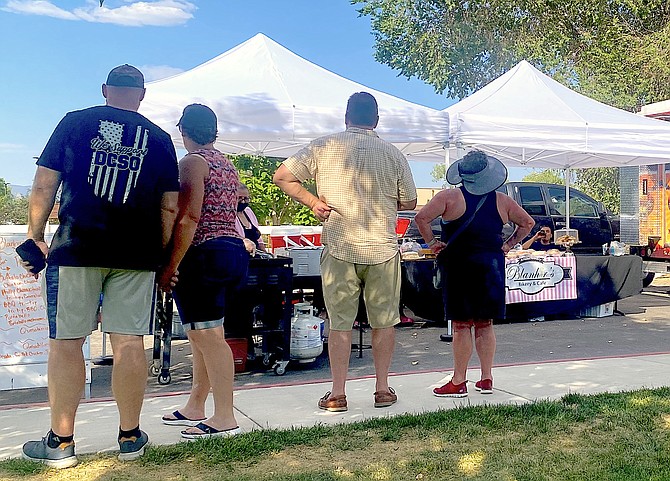 For the first time, Carson Valley is participating in National Night Out on Tuesday evening.

While something that has become a tradition in Carson City through the 21st Century, Douglas has never participated in the event designed to bring first responders together with the community.

Jonelle Spafford of Two Stone Tile and Slab said the event was suggested by new Ironwood Cinemas owner Russ Levinson, who said it was something they used to do in New York.

“It’s a community block party to get everyone out,” Spafford said.

Representatives of the Douglas County Sheriff’s Office, East Fork Fire District and the Nevada National Guard are expected to attend the event, which will be 4-7 p.m. in the theater’s parking lot.

The event will feature a rock-climbing wall, live music by Greg Gilmore the Douglas County Library Bookmobile and CV Flyte.

It was started in 1984 as an anti-crime outreach program. The Carson City Sheriff’s Office’s event invites many nonprofits to their event at Mills Park.