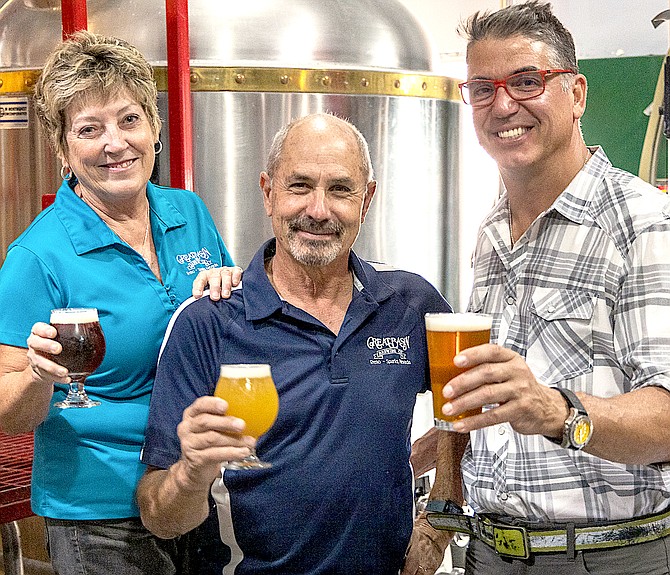 The operator of Gardnerville Overland Restaurant and Pub are merging with Great Basin Brewery in Sparks, according to a statement issued Tuesday night.

Local Food Group owner Mark Estee announced that his company will be taking the helm of the venerable Western Nevada brewery.

"We believe Great Basin Brewing Company makes some of the finest craft beer in the world and has been a wonderful community partner,” Estee said. “By blending our culinary ideals with their award-winning brews we are creating an unmatched hospitality group when it comes to brewpubs: food, beer, hospitality and knowing where your food and beer comes from makes this a match made in heaven.”

Estee also operates the Union in Carson City in addition to other properties in Reno and Sparks.

Great Basin owners Tom and Bonda Young started out as home brewers who worked to change Nevada’s prohibition-era laws for two years before being able to open Great Basin Brewing Co. in December 1993.

“When we first opened, most people thought that beer came in one flavor: fizzy yellow,” said Brewmaster and Founder Tom Young. “We honestly had no idea if anyone outside a handful of homebrewers would enjoy a full-flavored, hoppy IPA.”

In 1994 the brewery won their first two medals at the Great American Beer Festival.

Great Basin expanded in the early 2010s to open a second brewery and restaurant and a production facility. It distributes in Nevada, California, Utah and Idaho.

The Youngs hoped that the brewery would be operated by someone who would keep it relevant and independent after they retired.

Mark Estee is no stranger to craft brewing, opening The Union in Carson City in 2017.

Tom Young and Estee often collaborated in the years since.

“Tom and Bonda’s heart and soul are evident in every drop of beer that Great Basin brews today,” Estee said. “We couldn’t be more honored to carry on their tradition of brewing the most award-winning craft beer in Nevada.”