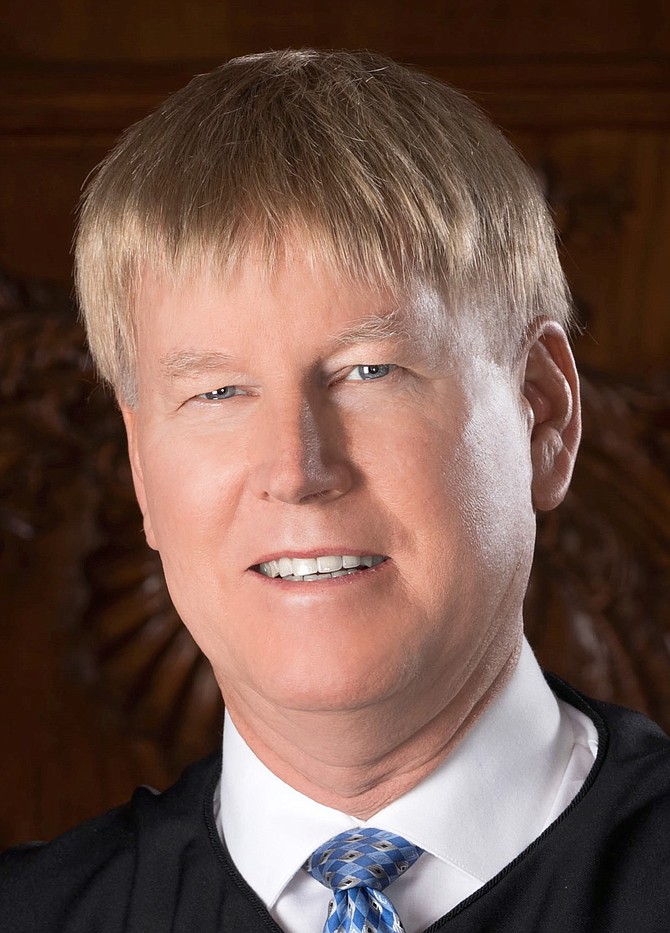 Chief Judge Michael Gibbons announced Friday he will seek re-election to the Nevada Court of Appeals.

“I’ve dedicated my career to ensuring Nevadans have access to a fair judicial system that follows the rule of law, guarantees equal justice, and treats crime victims with dignity and respect,” Gibbons said. “I look forward to continuing the development of the court of appeals to meet our goal of the speedy and accurate resolution of every case. I will be traveling our great state, meeting with voters, and seeking their support and trust for another term on the Nevada Court of Appeals.”

A longtime Douglas County resident, Gibbons began as a law clerk to District Judge Howard McKibben and then served as deputy and chief criminal deputy district attorney in Douglas County, where he co-prosecuted the extortion bombing of Harvey’s Hotel Casino in Lake Tahoe and garnered legislation to protect crime victims.

First elected to the bench in 1994, Gibbons had a 20-year tenure on the district court where he co founded the Douglas County Special Advocates for Elders and advanced the Court Appointed Special Advocates for children program statewide. He twice served as President of the Nevada District Judges' Association and eight years on the Nevada Standing Committee on Judicial Ethics.

He has always received retention ratings from the bar of 80 percent or higher.

In 2014, Gibbons was one of the three Nevada judges appointed by Gov. Brian Sandoval to form the court of appeals. Elected in 2016, Gibbons will be seeking his third term on the court.

He is a 41-year member of the Nevada Bar.

Gibbons is a certified youth soccer coach, leading a team in international play in Holland through People to People, and he continues to officiate high school, adult and youth soccer leagues. He was named 2006 Carson Valley Active 20-30 Club’s Citizen of the Year in part for his support of youth athletics.