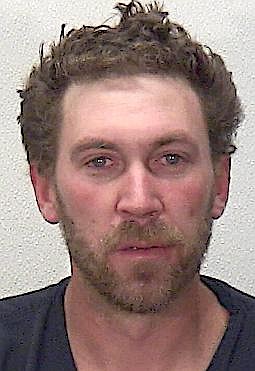 A Minden man who sold fake M-30 pills containing fentanyl must write a letter to his customers informing them of what he sold them and a reference to drug treatment.

Jesse Leroy Smith, 40, said that he was selling drugs after he’d lost work in the pandemic.

“His drug problem got out of hand,” O’Donnell said.

Smith was arrested May 18 after a traffic stop. He also had a 9 mm handgun.

“He was a predator who feeds and preys on the addictions of others,” she said.

Smith agreed he shouldn’t have been carrying the weapon he’d obtained after the January 2019 murders in the Gardnerville Ranchos.

“It was completely criminal,” he said. “I knew I was being followed and I thought that maybe being arrested was a way out.”

“I understand you have an addiction,” he said. “But that doesn’t give you license to kill other people.

Smith received a suspended 38-96-month sentence for possession of a firearm by the user of unlawful controlled substance and sales of a controlled substance. In addition to writing letters, Smith must also participate in Western Nevada Regional Drug Court and serve weekends in jail over the next six months.