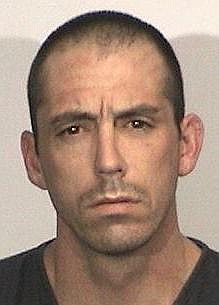 A man was ordered to serve up to eight years in prison on top of another nine-year prison sentence when he appeared in Douglas County District Court on Tuesday.

Thadd Michael Sidney Winton, 31, admitted in February to transporting a controlled substance near a school and being an ex-felon with a firearm.

He was arrested Nov. 23, 2020, after Minden residents complained there were drug dealers conducting transactions in the neighborhood near Minden Elementary School.

Winton was supposed to be attending a Salvation Army treatment program while awaiting sentencing on attempt to elude police officers and possession of a stolen motor vehicle in connection with a Sept. 21, 2020, pursuit from South Lake Tahoe to Glenbrook.

Defense attorney Maria Pence said that Winton has been a drug addict most of his adult life.

After he failed to get into the Salvation Army he remained in Western Nevada where he continued to use and was arrested in Minden.

“Instead of working on his addiction at the Salvation Army, he is going to serve a lengthy time in prison,” Pence said. “When he’s sober he is an amazing person, but he has been unable to find the tools to handle this addiction.”

Prosecutor AJ Hames pointed out that the firearm was a sawed-off shotgun with the serial number removed.

“This happened in the heart of our community when he should have been in rehab,” Hames said. “When he was actually taken into custody, he escaped from the patrol vehicle by kicking out a window.”

Winton said he was frustrated and embarrassed to be back before the court.

He said he hoped to get into a fire camp.

District Judge Tod Young sentenced him to consecutive 12-30 month prison terms for the drug transport charge, which included an enhancement for the proximity to the school.

He also sentenced Winton to 1-3 years in prison, that will also be consecutive, for the firearm charge.

“Sir, ex-felons don’t get to have guns,” Young said