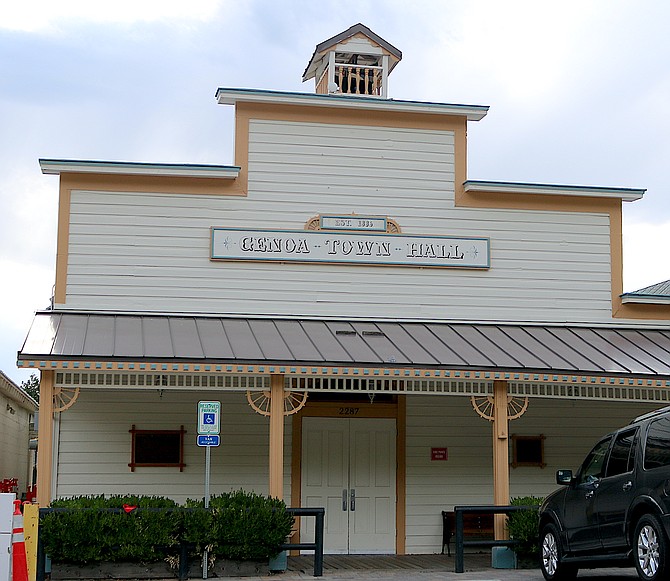 Three finalists for the Genoa Town Board include a former city manager, a retired Army National Guard captain and a retired California Highway Patrol lieutenant.

According to Douglas County Human Resources Analyst Cindy McMurray, the town received 18 applications for the job.

After winnowing down the applicants to seven, Zoom interviews further reduced the pool of candidates.

“This process has been very thorough,” Town Board Chairman Gordon Pasley said.

McMurray said panel interviews will consist of questions from the board and a 10-minute presentation.

The Genoa Town Manager serves as the linchpin for the town’s annual Candy Dance fundraiser, which is Sept. 24-25 this year.

Kohbarger has worked the last four years as a compliance officer for Carson City. He has served as town manager of Pahrump and city manager for Carlin. He has bachelor’s and master’s degrees from Bowling Green University in Ohio.

He said he oversaw the Pahrump Festival for five years, which drew 15,000-20,000 visitors. He was a former police officer.

Chapton has worked for the past three years as foreman for the F. Heise Land and Livestock Co. and substitute taught math and science at Douglas High School.

He served with the Idaho Army National Guard, where he served for 18 years before retiring. He owns Genesis Firearm Training Academy and owned a computer company for seven years.

Chapton was the only candidate to list experience with Candy Dance, having helped serve pancakes at the Mason’s Hall during the event.

Qualls served with the California Highway Patrol for 29 years where he rose to the rank of lieutenant before retiring.

During his career, he said he received 40 hours of public affairs training and conducted life television interviews for 13 years as part of his responsibilities.

Under the agenda item, it’s possible town board members will choose one of the men. They could also reject all three, decide that one or more of them was worthy of further consideration. The town would then extend an offer and conduct a background check.

The town has had two managers in the last two years after longtime Manager Phil Ritger took the position of Douglas County public works director.

JT Chevallier served for a year during the pandemic but took a position with Alpine County. His successor Matt Bruback resigned in May after his conviction for interfering with firefighters. Bruback's appeal of that conviction was denied on Tuesday.

Town Board members will also discuss an agreement between the town and Douglas County regarding volunteers.

Candy Dance relies on 200 volunteers, but the county is requiring those managing the volunteers to undergo background checks.

For more information, visit www.genoanevada.org and click on government.