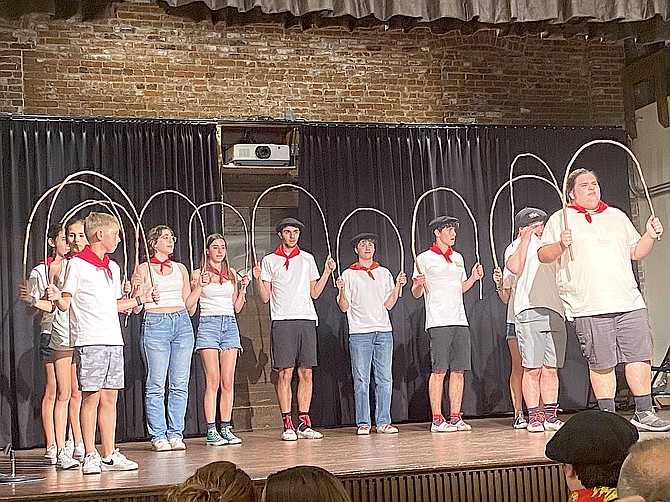 The next generation of Basque dancers perform at the CVIC Hall.

On Saturday, the Carson Valley Basque Club celebrated its 40th and 41st anniversaries.

About 350 people participated in the annual picnic that has become a tradition. In addition to Mass and a Borda lamb lunch, the day featured a performance from the klika or Basque marching band, Basque Club and San Francisco dancers.

“The kids participated in a youth Mus tournament and played games in the park,” club spokeswoman Aline Izoco Elicagaray said. “The day culminated with chorizo sandwiches, garlic soup and a dance featuring the Amerikanuak band which young and old alike participated and enjoyed.”

The club started in 1981 by two women who decided that Carson Valley needed its own Basque Club.

Gardnerville is one of the centers for the culture with Basque restaurants and hotels.

“So many families in the valley supported the idea and the club flourished holding annual picnics, Mus (Basque card game) tournaments, dances and teaching their youth about their culture so that the next generation would continue the tradition,” Izoco Elicagaray said. “And it’s happening…the men and women who started the club are still involved and slowly letting the next generation take over. There are even third and fourth generation Basque children performing the traditional dances and learning about their Basque culture.”