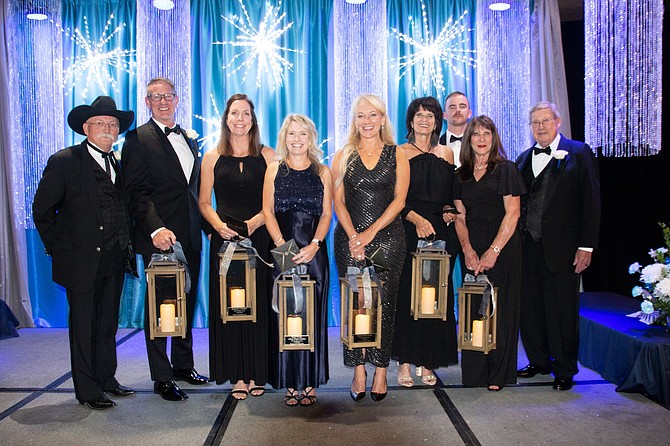 This year’s awards were announced at the 30-year Anniversary Gala of the Business Council of Douglas County at the Hard Rock Hotel & Casino in Stateline.

The county recognizes businesses in seven industry categories that reflect many of the principles of the Economic Vitality Program during the last few years. This year, in conjunction with the 30-year Gala, the county instead honored businesses in three special categories; Giving Back, Preservation, and Partnership for outstanding achievement during the last five, 10, 20, or more years.

The Spotlight Award required winners to be a model for the rest of the community in the category for which it is being honored and since the awards are given in conjunction with the 30th Anniversary Gala for the Business Council of Douglas County, consideration was given to longer tenured businesses to the degree possible.

“These businesses truly have risen to great heights in their respective categories during the last decade or in many cases longer. In addition to being leaders in what they do and how they achieve it, they’ve earned a place in the hearts of the community and are deserving of this special recognition “said Economic Vitality Manager Lisa Granahan.

Each winner received an engraved lantern with a glowing flameless candle symbolic of keeping the Economic Vitality torch lit in creating a “Community to Match the Scenery.”

The selection process for this year’s award remained the same as in previous years. Recommendations were made based on input from business community organizations such as the local Chambers of Commerce, Main Street Gardnerville, the Nevada Small Business Development Center, and the Business Council of Douglas County.