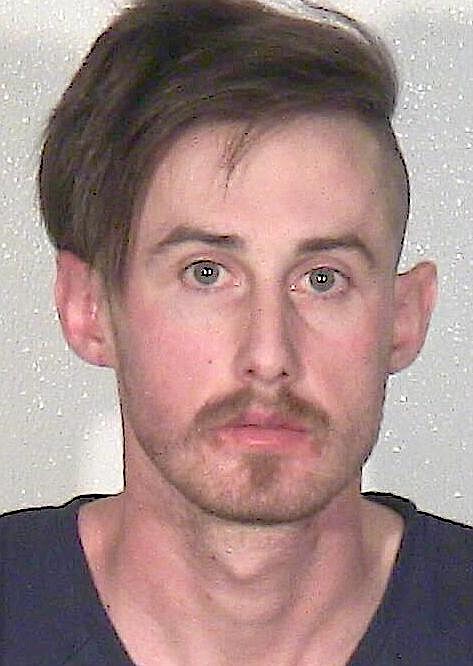 A man who used his work break to huff canned air in his car said he’ll return to Texas after he completes his prison sentence.

Joel Calvin Walker Jr., 27, was sentenced to a combined 36-90 months in prison on Monday on two felony instances of driving under the influence.

Walker was participating in a diversion program for felony DUI on April 22 when deputies responded to a Gardnerville parking lot for a report of a man slumped over the wheel of a running vehicle.

At Monday’s sentencing, Walker’s attorney Martin Hart acknowledged his client was in the car and that the vehicle was running, but said it wasn’t Walker’s intention to drive anywhere after he huffed the air, but to go back to work afterwards.

While he was in the car he passed out and at some point, stopped breathing.

Walker said he hoped that the arrest would help stop his self-destructive pattern of behavior.

Prosecutor Erik Levin said that whatever Walker’s intention, being in a vehicle while under the influence poses a danger to people around him.

Levin argued that Walker should get consecutive sentences for the acts, because they are separate offenses.

• A California man who was arrested with around 3.5 ounces of methamphetamine received a suspended 36-90-month sentence on Monday.

A second case was dismissed as a result of a plea negotiation.

• A Santa Cruz man who was caught setting off fireworks at Lake Tahoe admitted he also had 26 grams of cocaine.

Black was involved in the beating of another man, whose nose was broken.

District Judge Tom Gregory sentenced Black to 19-48 months for the larceny charge and 12-30 months for the drugs on condition that he serve 30 days in jail.

Black was taken into custody on Monday to begin his jail sentence.

• A Reno man who eluded deputies at Lake Tahoe last year will spend 15 weekends in jail as part of his probation on a felony.

Arriaga Ruiz will also have to pay $2,083 in extradition costs.

According to court documents, on May 30, 2021, Arriaga Ruiz and a woman were spotted smoking marijuana by a deputy. During that contact, the deputy learned that Arriaga Ruiz had a revoked drivers license.

About four hours later, the deputy saw the couple at the Roundhill Safeway and watched as Arriaga Ruiz got behind the wheel of a BMW.

When he saw the patrol car, Arriaga Ruiz drove the BMW east on Highway 50 with the deputy behind him.

The deputy reported Arriaga Ruiz turned off his headlights and pulled away, prompting the deputy to activate his lights and siren. The chase hit 100 mph before approaching Tamarack Drive, where the deputy spotted a cloud of dust and slammed on the brakes, stopping just 5 feet short of the BMW, which had crashed into a rock wall and was facing the other way.

Arriaga Ruiz bailed out of the vehicle leaving the woman behind.

“The fact pattern is egregious,” Judge Tom Gregory said. “You put a lot of folks in danger for no good reason.”