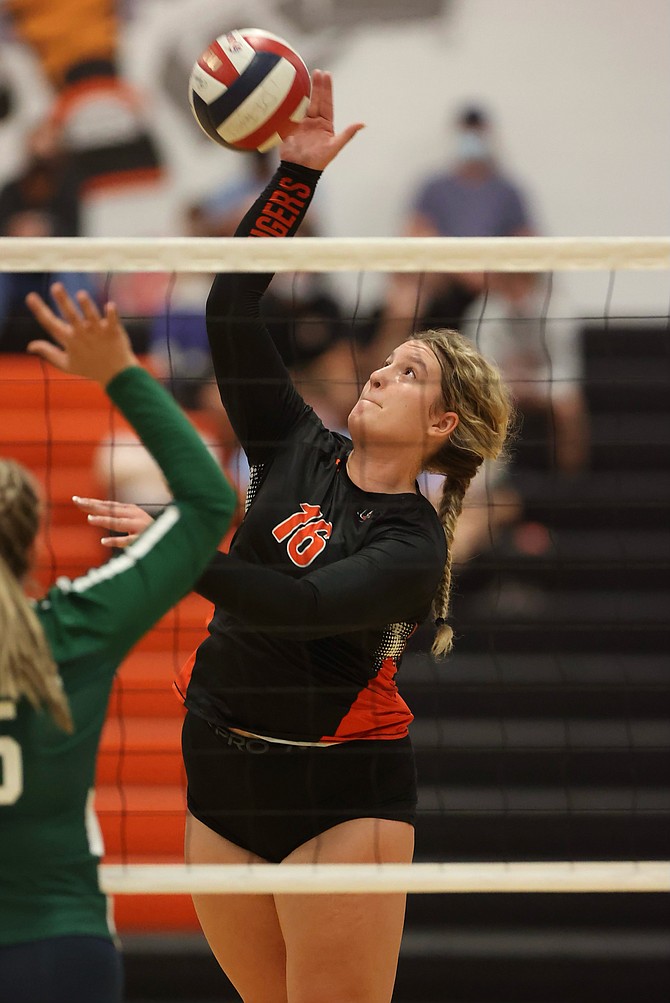 Douglas High’s Riley Mello rises up to play a ball against Damonte Ranch on Tuesday. The Tigers swept the Mustangs in straight sets.
Photo by Ron Harpin.