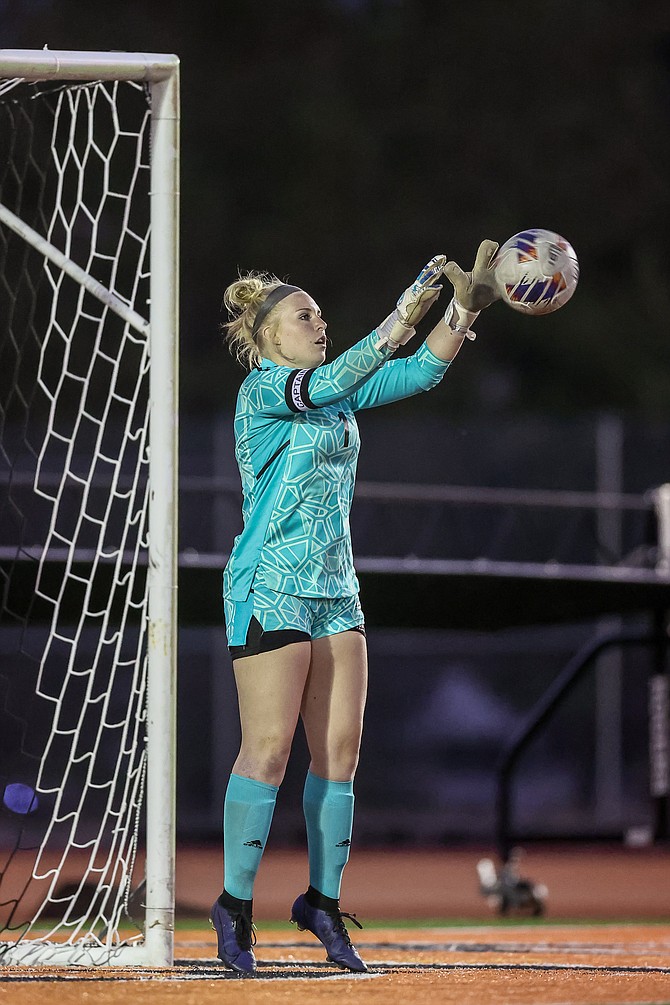 Douglas High goalkeeper Kylie Martin pulls down a save against Spanish Springs earlier this season. In a 1-1 draw against Reno, Martin was complimented by her head coach for being the reason Douglas was able to stay in the contest.
Photo by Ron Harpin.