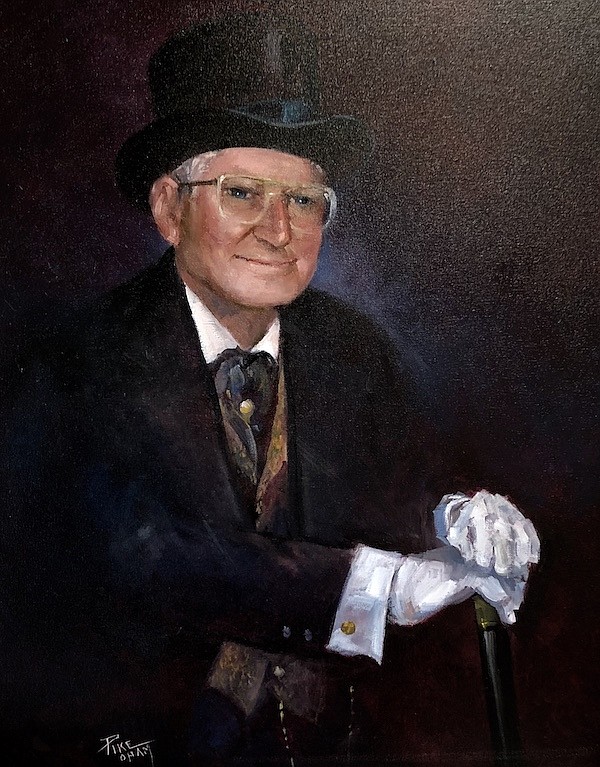 Former Douglas County Historical Society President Dennis Robert Little will be recognized on Nov. 6 as Citizen of the Year at the 2021 Community Recognition Awards.

Little, 68, worked as an engineer for Douglas County for a quarter of a century after arriving here in 1978 after graduating from the University of Redlands in California.

Never one to just work and go home, a year after his arrival, he started an archaeology club with 4H.

In 1983, Little was named secretary of the Douglas County Employee Association when it first formed.

He served events chairman of the Douglas County Fair in 1985 and in 1989 he portrayed the guest of honor as part of the Santa Calling program.

Then in 1991, he started volunteering as a construction worker at the old Douglas County High School as part of the effort to turn it into the Carson Valley Museum & Cultural Center.

He would spend the next 30 years volunteering for the museum, jointing the board of trustees in 2014, and not long afterwards was selected president of the historical society, serving for four years.

As part of his volunteer work at the museum, he started the gingerbread house decorating contest. During his second term, he helped shepherd the Edwin L. Wiegand Ranching and Agricultural Heritage Exhibit, the largest expansion of the museum since it opened in 1995.

As past president, he has continued to volunteer for the museum. Little will be the second person to receive the award, which has been named after Carson Valley Inn Marketing Manager Bill Henderson, who received the award posthumously.

The community recognition awards will be 5:30 p.m. at the Carson Valley Inn in Minden. The deadline to reserve a spot is Wednesday by emailing alicia@carsonvalleynv.org or 775-782-8144. Tickets $95 per person. “Carson Valley Formal” attire requested.