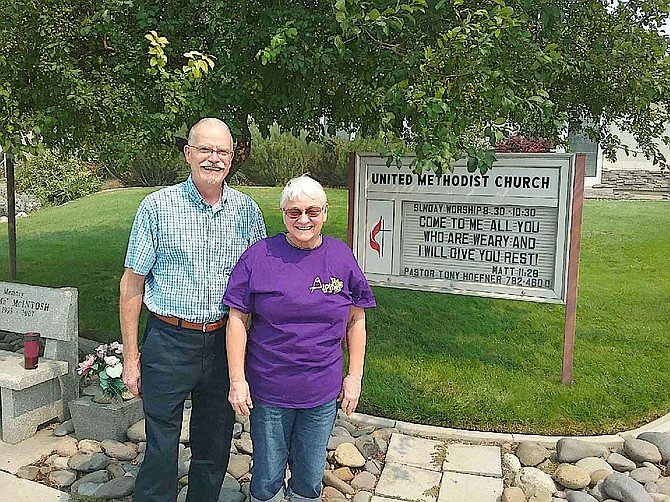 “This is the first day I have ever seen my mom without a beer in her hand,” said one of the children from Alpine Kids happily. The group has brought about some very positive changes for families in Alpine County over the last 40 years, and now it is expanding into Douglas County.

“It was a new idea for many parents that they could still have fun without drugs and alcohol,” reports founder and Director Edie Veatch. “We used to have a full-time probation officer, and now we do not. Alcoholism was a big problem when we started, but Alpine Kids gives families a hands-on experience of what it is like to approach life in a healthier fashion.”

Everything Edie does is unusual, and starting Alpine Kids is no exception. You have to be creative and resourceful when you live in a rural area, and Edie is naturally both. The organization has had a timeline of its own, starting simply and growing as other ways they could help became obvious. Along with her husband Skip, Edie recognized something was lacking here for their 7-year-old son Chris. There was nothing that would fill that void available anywhere in Alpine County.

Edie was certain that her son needed “an active group outside the classroom,” and set out to make it happen herself. She researched and found the Camp Fire program, establishing a group in 1981. When Campfire closed she put together a new way to support parents and children together within the family.

Edie and Alpine Children’s Center teacher Jo Daugherty had already been running the annual Christmas food and gift drive for families in need. Edie was Financial Director for the Center. Going under their non-profit status, she came up with the concept of taking families on monthly outings as a group. “These are sometimes as simple as going bowling and out to eat, other times as elaborate as going to Six Flags,” reports Edie. There is a small yearly members fee, but the program is mostly funded by grants, donations, and fundraisers.

“This gives people a chance to do things they would not normally be able to afford, and offers consistency and stability,” Edie continues. “There is something to look forward to each month, and you are supported to seek good relationships with each other.”

The group has signature purple t-shirts they wear to every event. When one little boy was asked by an observer what the “group with the purple shirts” did, he smiled broadly and said, “We have adventures!” This unconventional approach has been highly successful on many levels.

Locals involved as leaders over the years have included Harriet Kelly, Dawn Riddle, Jeannie Lear, and Sandy Celio Jonkey. On an early outing for 4th to 6th grade boys, Larry Kuhl brought wild meat stew out on a snowmobile to Hope Valley, and the group set up snow camping. With the help of Paula Pennington, they learned to build snow caves. “The only person brave enough to sleep in the cave was Clint Celio,” said Edie, “Everyone else froze in their tents!” It was one of many unforgettable times they experienced together.

Edie gives her heart to everything she does, so when Alpine Kids was set to end in May of this year, she looked for another way to keep going. Alpine County would no longer support the program with the grant fundings they receive. “There is no other organization like it in the country,” says Edie, “and it has proven to make a significant difference for the families involved.”

The Carson Valley Methodist Church stepped in, offering to make Alpine Kids a Ministry of the Church. In following with the mission statement of the Church “Open hearts, Open minds, Open doors!” members of Alpine Kids are not required to become members of the Church. “They are invited to come and be involved in any of the other Church activities though!” says Edie. “They will be warmly welcomed.”

Kristy Vann, her brother Cody Vann, and Tyler Trevett will continue to be the Teen Leaders. Since the Church does not have funding, Alpine Kids will be writing grants, doing fundraisers, and asking for donations as they always have. While looking for monetary support, they are trying to reduce the cost of their outings. Pastor Hoefner and the Church Board of Trustees reports that all in the congregation are “Potluck People!” so that is a big plus. They will be figuring out ways to do something as simple as sharing a meal and watching a movie in the Fellowship Hall instead of going out. The real point is that they are together, having a new experience in a positive way.

Edie has 50 tickets for “Once Upon a Mattress” in November, and they will move forward from there. There are so many people who are being served by this innovative program. You can contact Pastor Hoefner at the Church 775 782-4600 or Edie Veatch at 775 781-1416 to find out more information, become involved, or make a donation.