Man sentenced to prison in after hours shopping spree 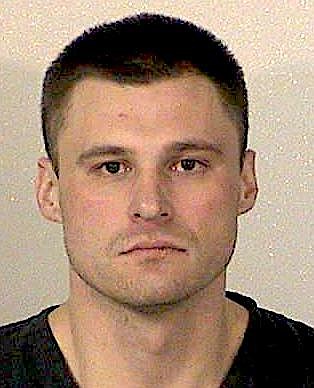 A Carson City man who wandered around the Target for five hours after it closed was sentenced to 20-60 months in prison on Tuesday.

Joshua Lee Ezekiel, 36, stayed in the store after it closed on New Year’s Eve in what attorney Brian Filter called a “poorly executed theft of Apple products.”

Filter said Ezekiel was on methamphetamine when he concocted the scheme to stay in the store after hours.

Prosecutor Matthew Johnson said the theft wasn’t a one-off lark where Ezekiel stayed in the store after closing.

He said text messages between Ezekiel and another party indicated he knew what he was doing. Ezekiel was involved in a similar offense at the Gardnerville Walmart in 2017.

• A Reno woman who was arrested with more than 100 grams of methamphetamine was sentenced to 19-60 months in prison on Tuesday.

Megan Danielle Agosto, 36, was seeking diversion in connection with her Dec. 17, 2020, arrest for high-level possession of a controlled substance.

It was her second arrest on serious drug charges in two years. Similar charges were dismissed against her in Carson City after an arrest in January 2019.

Attorney John Malone said Agosto was raised in a home where drugs were used and that the drug life is the only one she knows, but that Agosto is ready to for a new life without drugs.

“It’s a hard ask for someone whose life revolves around use of drugs, sale of drugs and transporting drugs,” he said.

She is also facing charges in Washoe County that need to be resolved, Malone said.

• One of two people arrested in a series of vehicle burglaries at trailheads that occurred in spring 2020 was ordered to pay $15,418 in restitution to the victims.

Attorney Brian Filter provided documentation of the Harvey’s medical issues, saying that putting Harvey in prison would be tantamount to a death sentence.

Berry and Carolyn Maxine Brinkman were arrested May 24 in connection with burglaries that occurred May 16-24.

They purchased gift cards with the credit cards they took from the vehicles. Those cards were worth $6,362, but there was a question on how the victims could receive that money back.

Judge Young asked if the clerk could run the gift cards through their system and then issue checks to get the victims what restitution was possible.

While not all the cards would work that way, at least some of the money could be returned immediately.

Berry was sentenced to 28-72 months for principal to burglary and 19-48 months for fraudulent use of a credit card. In accordance with a plea agreement, the sentences will run at the same time and were suspended for three years.

Brinkman, who admitted to the same charges, is scheduled for sentencing on Tuesday.

•A Sparks man could face prison after he failed to do a long-term treatment program or pay nearly $5,000 in restitution.

Kyle Earl Dean, 28, was arrested in May 2019 and admitted to possession of a stolen vehicle and 9.6 grams of hash oil.

He appeared in Douglas County District Court on Tuesday where prosecutors are seeking revocation of his probation on the charges at a June 1 hearing.

If he’s found in violation of his probation, he could face up to nine years in prison.

After his conviction, he was convicted of a theft in Washoe County and placed in drug court there.