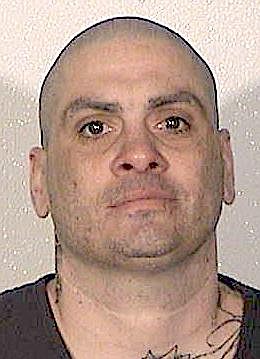 A California man, who said he’s been using drugs for the past 20 years, was sent to prison on Tuesday after he admitted to possession of a credit card without the owner’s permission.

Corral was rrested on Oct. 30, 2020, at Stateline with an American Express Black and a Best Buy credit card.

He originally claimed he found the American Express card lying in a parking lot, but later changed his story to say it was in a 7-Eleven cash machine.

Corral was seeking a suspended sentence so he could attend a program in California.

However, Young said the theft and Corral’s record called for a prison sentence.

“It’s very true that prison didn’t work for you before, but you’ve got to quit being a thief,” Young said.

Corral was given credit for 122 days time served.

• A Topaz Ranch Estates man, who stole a classic car only to abandon it along Highway 395 in the Pine Nut Mountains, received a suspended 12-32-month prison term on Tuesday.

Mayotte has been in custody for six months since his arrest back in October. He’d previously been arrested for shoplifting at a store and released. He became the subject of a brief manhunt in Minden after authorities found jail pay cards that traced back to him inside the 1966 El Camino. He was given credit for 147 days time served and released from jail.

• A Carson City man admitted a charge of sales of a controlled substance on Tuesday.

Chris Larue Thomas faces up to 1-6 years in prison in connection with a July 28, 2020, methamphetamine sale in a north Douglas County parking lot.

Thomas has had trouble remaining sober over the past seven months with violations for testing positive for methamphetamine twice last month and then for alcohol.

He said he’s been using for 30 years. He is scheduled for sentencing on May 18.

• A man who stayed in the Target after closing on New Year’s Eve admitted to a felony burglary charge on Tuesday.

Joshua Lee Ezekiel faces up to 1-5 years in prison in connection with the case.

He is scheduled to be sentenced on May 18.

• A 36-year-old woman who failed a diversion program received a suspended 19-48-month prison sentence on condition she spend 90 days in jail and apply for an inpatient treatment program.

Sparks resident Ashley P. Jocol absconded from the program after she was granted a deferral in 2019.

Prosecutor Matthew Johnson argued that probation shouldn’t be mandatory in the case because she violated the program before the law changed on July 1.

Attorney Kris Brown argued that while probation was mandatory, Jocol knew she couldn’t be out on her own without using drugs.

“She knows herself she can’t get out of custody and get it together without relapsing before she can get into a program,” she said. “Everything in her life is related to drug use.”

• A Los Angeles man seeking a deferral of a mandatory prison sentence for driving under the influence faces a contempt charge after he showed up in court wearing a T-shirt and cut-offs.

Juan Carlos Contreras admitted he was under the influence when he was pulled over on July 6, 2020.

Contreras said he drove from Los Angeles on Monday to attend court on Tuesday.

If he’s denied the deferral, he faces up to six years in prison and a minimum $2,000 fine.

• A Gardnerville man who is awaiting sentencing for gross misdemeanor statutory sexual seduction was released from jail on Tuesday.

Isaiah Jenkins, 18, drank wine and was taken into custody for the violation last weekend.

Jenkins received three days time served as a sanction. He is scheduled to be sentenced on April 20, where he is facing 364 days in jail.