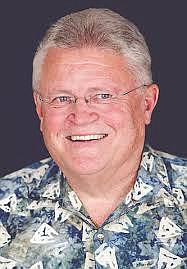 Ever ask that question? How often? I do. The psalmist (Psalm 94) comes to my rescue, asking for a hearing, calling for a judgement trial against the world. He’s asking for a judge … the “Judge of the earth” to step up and “render to the proud what they deserve.” He’s getting impatient with what he sees the world coming to. Are you … we? He asks, “How long will the wicked exult (gloat)?” (94:3). In brief, he states that they “pour out arrogant words … they oppress God’s inheritance” … they “slay other people” and believe “the Lord does not see” … and “pays no heed.”

“Take heed, you senseless ones” cries the psalmist adding, “when will you become wise?” “Does the one who made the ear not hear? … the one who formed the eye, not see? … the one who disciplines the nations not punish?” In finality he adds, “The Lord knows the thoughts of humans; He knows they are futile (like vapor)” (94: 8-11) One of the great verses in the Bible follows in summation. “Blessed is the person you discipline and teach from your law; you grant him relief (peace, tranquility) until a pit is dug for the wicked.” (94:12-13) Personally, I long for that “relief.” It is my prayer for peace and tranquility midst all that I see around me. I cling to the promise that follows, “The Lord will not reject HIS people; forsake HIS inheritance. Judgement will again be founded on righteousness (right-ness) and all the upright (correct) in heart will follow it.” (94:14-15)

In familiar Hebrew writing, there is a centering of the message known as a “chiasm” where the main point is found. Our words begin in verse 16: “Who will rise up against the wicked? Who will take a stand for me against the evildoers? Unless the Lord had given me help I would have soon dwelt in a silent death (of soul). When I said ‘I’m losing it, Lord’ You supported me. When there was anxiety, Your consolation brought joy to me.”(94:16-19) Those are life-saving words from our Life Savior! For now … here in this life … not just at the end of life.

Continuing, the psalmist talks to himself, encourages and assures himself, “Can a corrupt throne be allied with You? They ban together against those who are in the right and condemn the innocent” (94:20-21). Here comes the closing statement of faith and hope – for the psalmist, and for you and me. “But, the Lord has become my fortress, my God, the rock in whom I have taken refuge. He will repay them for their sins (mistakes) and destroy them for their wickedness; the Lord our God WILL destroy them.” (94:22-23) Might I add, just like He did with Hitler, Mussolini, Stalin, Caesar and Rome, Nebuchadnezzar and Babylon? “One of these days” brothers and sisters. “Our times are in His hands.” (Psa. 31:15)

This psalm is a prayer for God’s kingdom to shine forth so that the oppressed and the downtrodden saints may experience the light of his rule. When you read or hear negative news, don’t give up … let’s give it up to our Heavenly Father. Recall, God’s Word given through the psalmist, declare out loud, in prayerful trust, words spoken by the wisest of men, Solomon: “He will make all things beautiful, in HIS time” (Eccl. 3:11) Enjoy this song: www.youtube.com/watch?v=aJeNUlNY7Iw

Pastor Bill Baltz is a member of the Carson Valley Ministers’ Association.