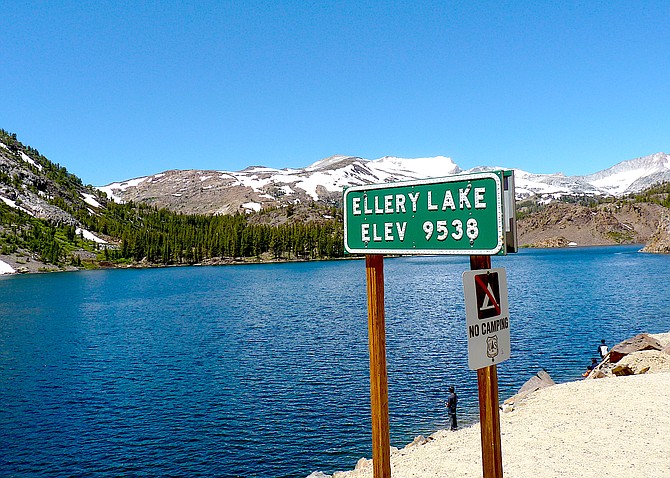 Ellery Lake near the eastern entrance to Yosemite. Photo by Kurt Hildebrand.

Yosemite National Park reports that plows have reached Tioga Pass on the eastern side of the park.

Plowing of side roads, turn-outs and parking lots are still in progress, as are road and utility repairs and removing trees that could fall in the road, according to the Park’s web site.

Work to plow up to the gate from Highway 395 has been completed, the California Department of Transportation announced last week.

Highway 108 over Sonora Pass has reopened for the season, CalTrans said on Thursday.

CalTrans Districts 9 and 10 have been clearing the road of snow and debris for the past few weeks.

After years of work, Centerville Lane between Highway 88 and Foothill Road will be open this week.

The county was putting the finishing touches on the road Friday that has become a favorite route for commuters between the Gardnerville Ranchos and Lake Tahoe.

However, the road was also subject to flooding in even small rainstorms, especially during irrigation season.

Centerville was one of the big projects proposed in 2017, but because of the heavy winter was delayed until things dried out a little.

Because the county didn’t want to have to repave it, the work wrapping up now had to wait while the culverts were replaced.

Estimates on the cost of the work including the culverts were around $2.6 million paid for from Douglas County’s nickel gas tax.